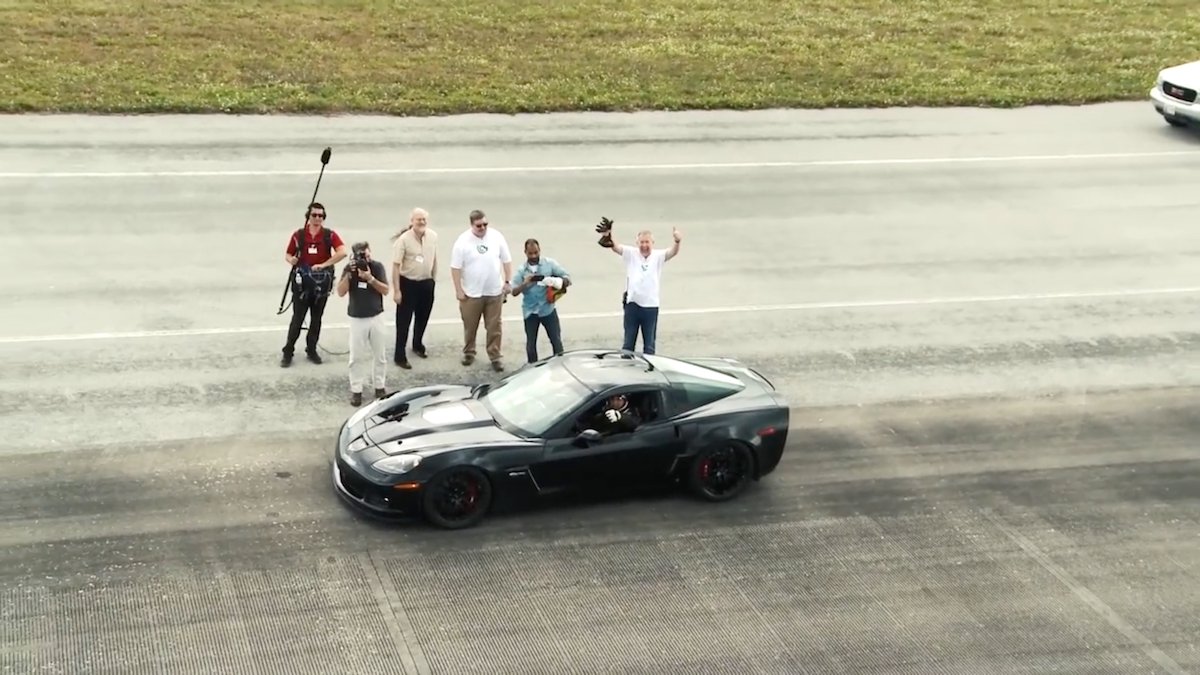 Genovation Cars has a vehicle they call Genovation GXE, which is essentially a heavily-modified 2006 Z06 Corvette that is all-electric, and we now know it goes very fast.

The GXE is chock full of high-tech electric motors and batteries, lending to the car’s 600 foot-pounds of torque and more than 700 horsepower.

The startup company behind the vehicle, Genovation Cars, believes this is only the beginning for Genovation GXE, noting in a press release that the vehicle set the record on the very first day of testing.

Unfortunately, in this day and age, the reality is the GXE record probably won’t last very long, as there is just so much competition making major moves in the same space.

It will be interesting to see if Genovation Cars attempts to raise the bar on the record sooner rather than later to hold on to the all-electric speed title as long as possible.

These Next-Generation Lights by Porsche Use 16,000 LEDs to Turn Night into Day