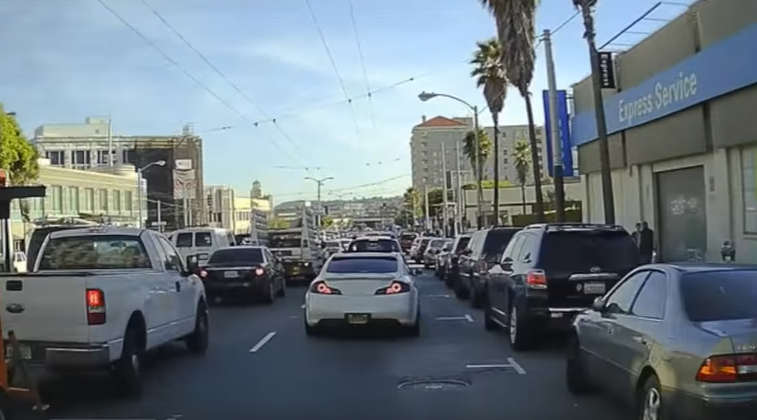 Up until this point, GM has kept pretty much everything about its self-driving cars under wraps, a much different approach than say Google, Uber, and Ford.

Cruise Automation, which was recently acquired by GM, recently released a video showing what the company’s been up to.

Interestingly enough, the video is actually dashcam footage of GM’s self-driving car maneuvering around the public streets of San Francisco rather effortlessly.

And while you never get to see the actual self-driving car itself, a GM spokesperson hinted that it is indeed a Chevy Bolt.

Whatever the vehicle is, it does a better job than most people on the roads circumventing pedestrians and obeying stoplights.