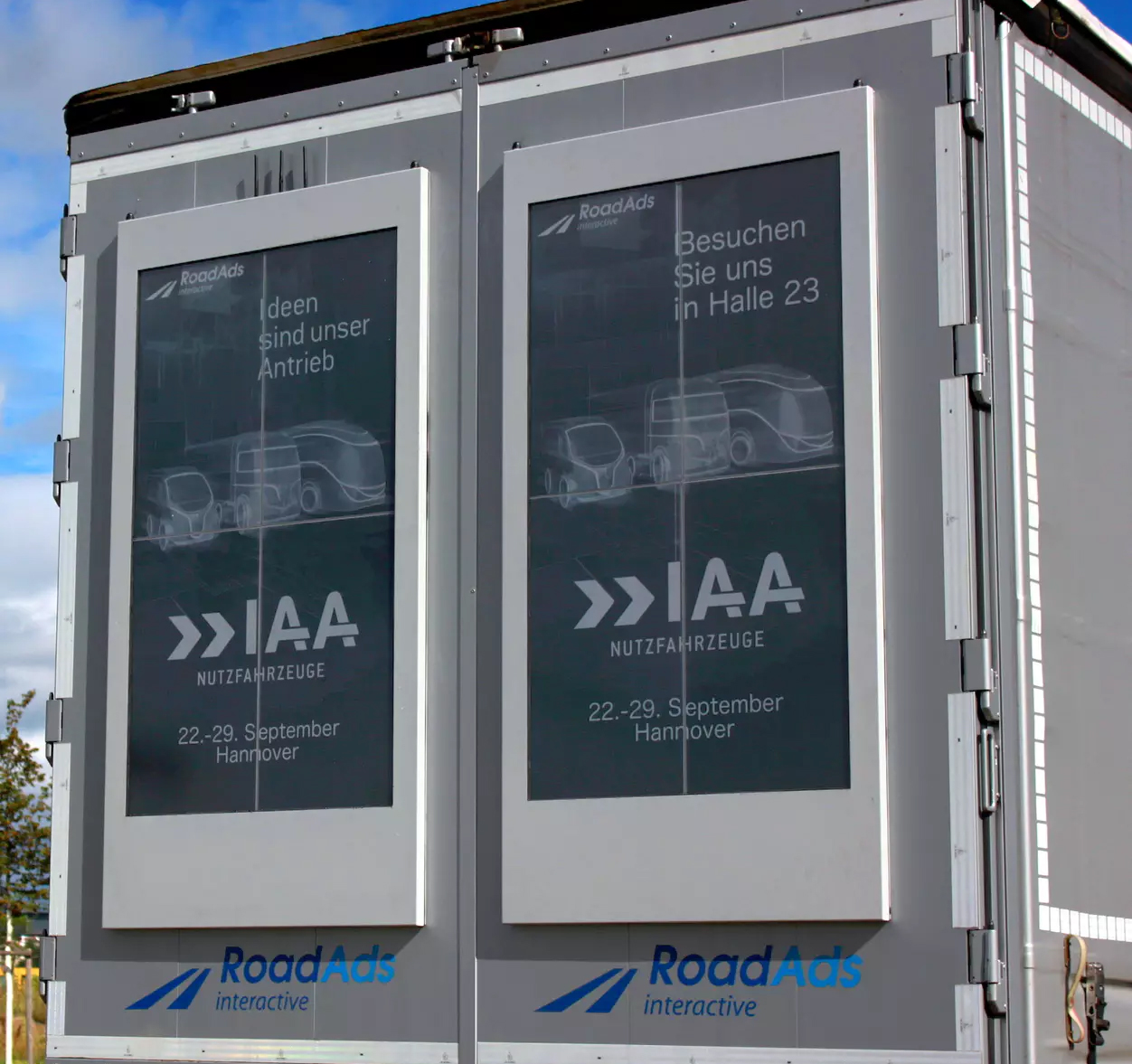 It appears big rigs are about to turn into massive, rolling billboards for companies, potentially representing the future of advertising.

RoadAds Interactive believes monochromatic E Ink displays on the back of 18-wheelers, which were developed in collaboration with Visonect and Mercedes-Benz, is an area of untapped advertising.

The ads are actually comprised of four 32-inch E Ink screens that are synced to function as one three-by-five-feet display with a resolution of 1440 x 2560 pixels and 16-levels of grayscale.

It’s a compelling idea but also one that seems quite dangerous. I can already see some guy watching the latest Hardee’s ad on the back of the big rig in the lane next to him then slamming into the car in front of him because he’s not paying attention.

The E Ink displays themselves are durable, run off the truck’s battery, and can swiftly be mounted or removed.

In addition, they come with built-in Wi-Fi, 4G functionality, and GPS so it’s not a question of how the advertising would work but rather the safety concerns surrounding the ads.