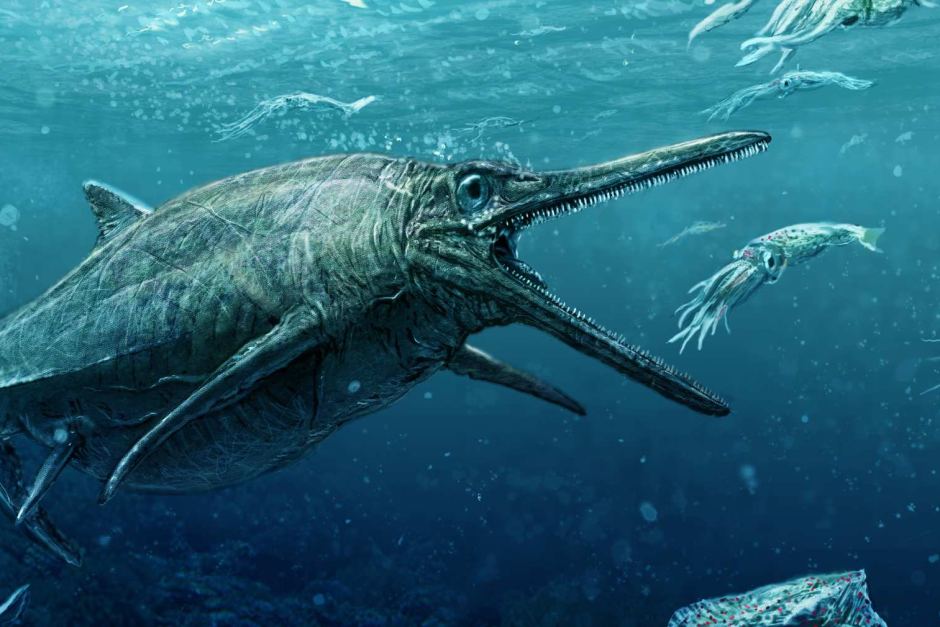 Ichthyosaurs or ‘fish lizards’ were large marine reptiles that looked like a sea monster and lived between 250 and 90 million years ago. Ichthyosaur species varied from one to over sixteen meters in length and had many features that resembled both dolphins and fast predatory fish like tuna.

While dinosaurs ruled the land, Ichthyosaurs were the kings of the oceans.

An ancient ichthyosaur fossil was recently uncovered in Scotland

The 170 million-year-old fossil was first discovered in 1966 by amateur paleontologist Norrie Gillies. He discovered the fossil while he was having a stroll near the Storr Lochs power station in Edinburgh.

The fossil was transferred to the Royal Scottish Museum but it remained buried in its concrete case in the museum for more than half a century. It remained forgotten until recently when Allan Gillies, son of Norrie Gillies and an engineer at the power station where the fossil was found, contacted Stephen Brusatte, a professor at the University of Edinburg.

National Museums Scotland, in partnership with the University of Edinburg and energy company SSE, have successfully freed this fossil from its concrete casings.

The fossilized sea monster is now up for display in the museum to receive the public attention it deserves.

Bizarre Contraption Gives You Privacy While Flying, Even in Coach