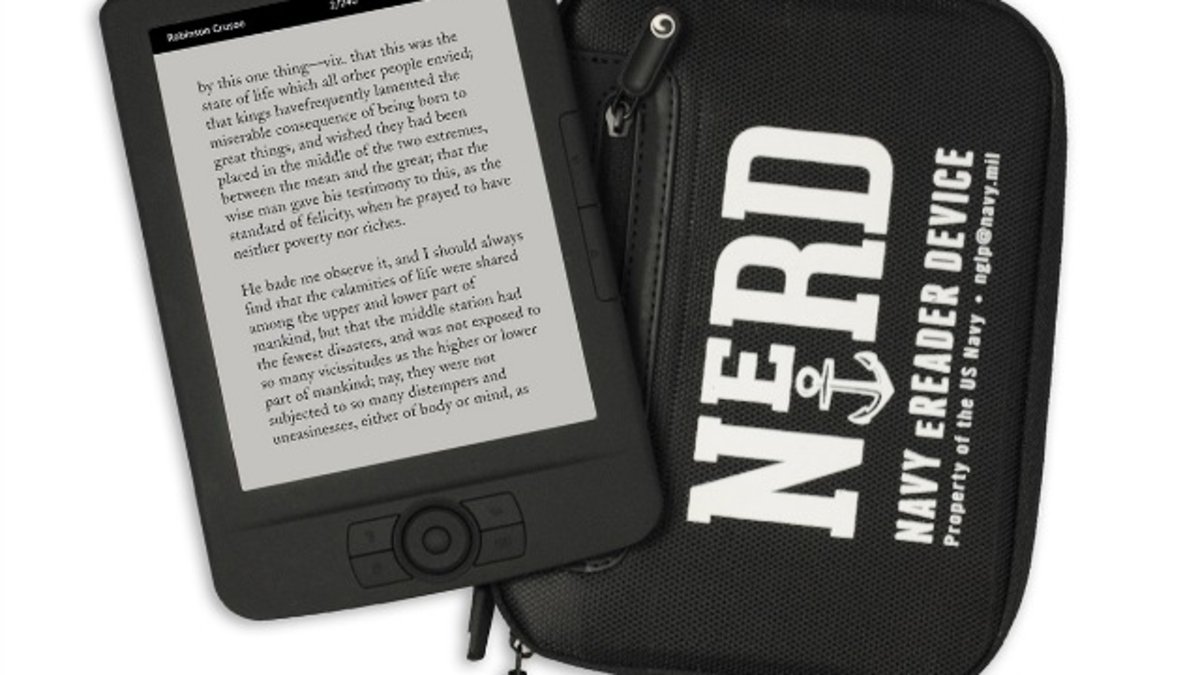 Up until now, service members in the Navy who wanted to read on submarines had to do it the old fashioned way, by checking out or buying the hard copy of a book.

Of course, using an iPad or Kindle would be easier, but there are major security problems that come with both.

Features such as the camera, cell signals, GPS locations, audio recording, among other specs could prove to be costly to the Navy if the information got into the wrong hands, say those of a spy.

The 300 books come preloaded and don’t stray too far from modern fiction and naval history but the NeRD saves space and provides a more efficient way for servicemen to enjoy literature.

While it may not be super high-tech with apps, videos, and social media, the NeRD is definitely a major advancement in promoting reading while also complying with military standards.