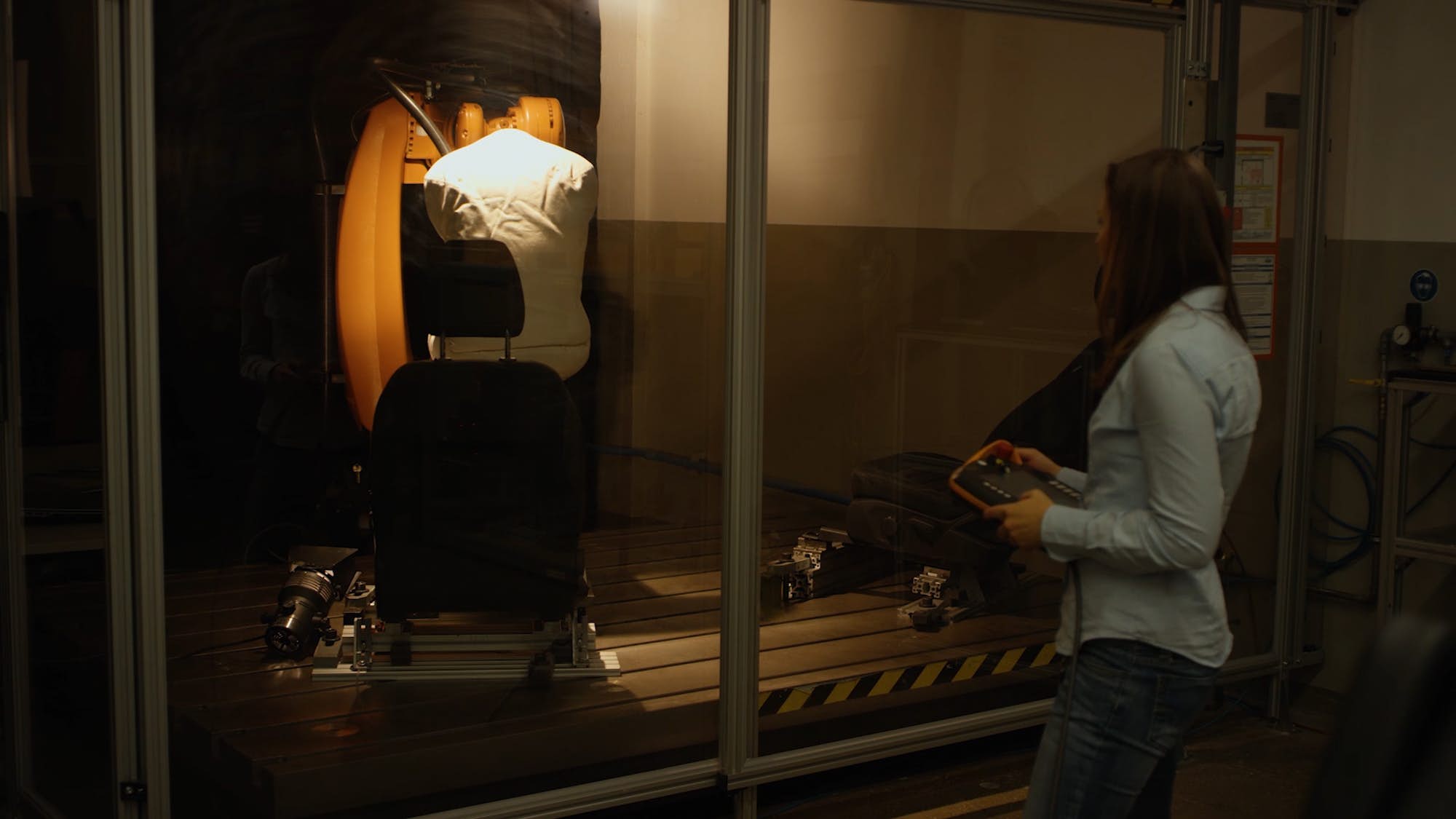 Ford has a new secret weapon, called the Robutt, aptly named as it is essentially a robotic butt for testing the company’s car seats.

In the video below, the carmaker says the Robutt lies across the seat, and a pressure-sensitive map is used to gather data to adjust the seat to perfect comfortability.

By attaching the Robutt to a robotic arm that “sits” on a prototype car seat, Ford boasts the device is capable of simulating 10 years of use in as little as three weeks.