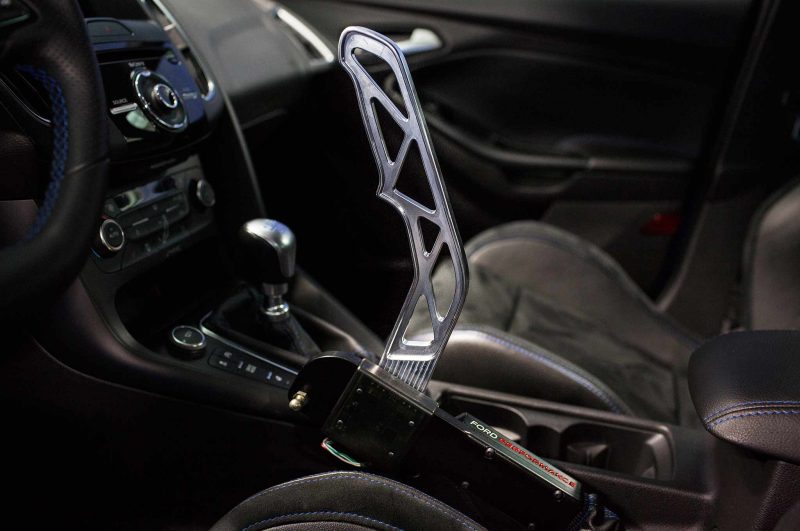 The Ford Focus RS will feature the company’s new Drift Stick, which, uh, enables drivers to drift as seen in a variety of Red Bull promos and video games.

Essentially, the Drift Stick is a lever attached to the vehicle’s electronic brake, which gives the driver the ability to lock the rear wheels and allow the car to effectively slide.

Perhaps the most well-known “drifter” is legendary rally driver Ken Block, who was actually consulted by Ford’s Performance division on the Drift Stick design.

In fact, there is even a Drift Mode that is programmed to direct power to all four wheels as necessary if activated.

The stick, which will be available for purchase on Dec. 1 for $999, is supposed to be utilized only on the track, according to Ford, as the company doesn’t want to encourage people to drift around their neighborhoods.

For serious drivers, the ability to download driving data onto a USB drive is available in order to ultimately improve drifting abilities.

How Temperature is Controlled Within a Supertall Skyscraper