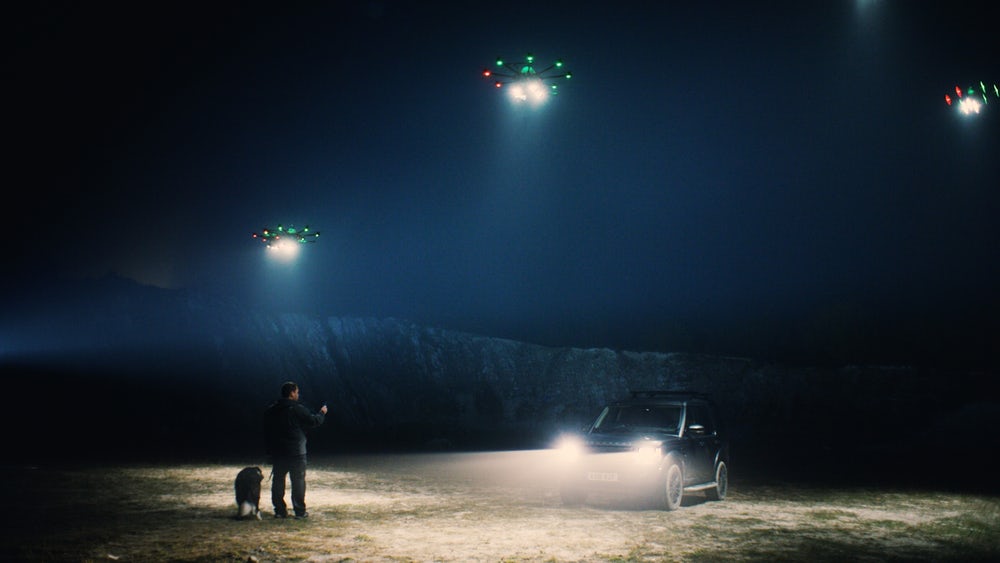 People living in big cities take streetlights for granted, but those who live in remote or rural areas are still underserved by street lighting. In the absence of streetlights, darkness can be upsetting and can also lead to a decreased sense of safety.

To solve this problem, UK insurance company Direct Line has come up with a perfect solution in the form of flying streetlights by Fleetlights. Unlike streetlights which are static, this new project proposes using drones to fly lighting above those who require it. It is just like booking an Uber for streetlighting. The user will need to send a request for lighting via a mobile app. Then the drones equipped with high-powered floodlights are flown out to their location.

From there, drones can light the way while tracking the user’s smartphone’s signal.

Richard Lewis, one of the concept’s developers, said, “Each fleet has a lead drone that determines the formation of the other drones and also interacts with the user. So, the drones follow the user, no matter where he’s heading.”

The Fleetlights project was started in August last year, and the trials are being carried out. However, the system still has to clear some commercial and technical hurdles before releasing to the public.