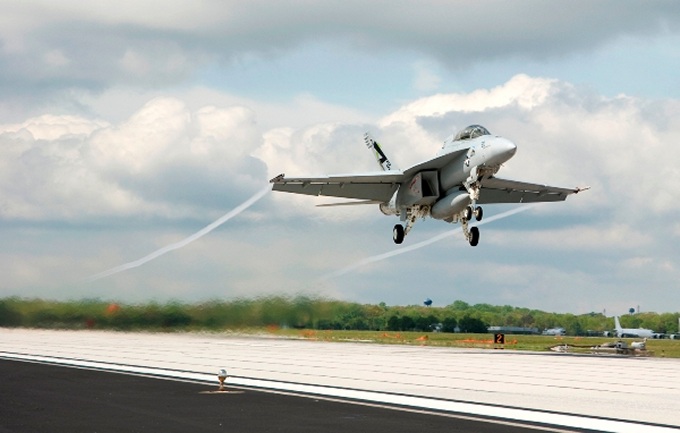 The Green Hornet is the ultimate image of a jet engine powered by biofuel. Image © US Navy

Until recently, “Flower Power” was an anti-war term from the 1960’s. Today it describes jet engine fuel.

Plants called “Chamelina” and “Jatropha” have been known for decades as weeds or toxic shrubs. But according to Mike Epstein of GE Aviation, these plants, woodchips and algae are now becoming part of biofuel blends capable of powering the most sophisticated and powerful engines on the planet.

GE is primarily in the business of jet engines, but helps its customers from airlines to the military to embrace and adopt biofuels by thoroughly testing performance. If biofuels can be used without degrading engine performance, GE is a happy camper.

GE checks everything from fuel nozzles to pipelines to ensure the transport and distribution of biofuels occurs without problems. The use of plants as fuels is not without controversy: currently, 41% of total corn output in the United States is used to manufacture ethanol and large amounts of corn and other edible or quasi-edible products are being used for the same purpose in Europe and around the world. This begs the question: do biofuels run up the price of food commodities and take food out of the mouths of those who need it? According to farmers who make biofuel crops, the vast majority of the plants are not edible, so the concern is a moot point. General Electric tests biofuels at a facility in Peebles, Ohio. The key to a good biofuel is that it approach the energy density of conventional jet fuel; when energy density is too low, engines don’t run well. Epstein noted one of his team’s first uses of biofuels was on a Virgin Atlantic jumbo jet, powered by four GE CF6 engines, in which performance was not up to standard.

In 2010, a NAVY F/A-18 fighter jet called “Green Hornet” flew at 1.7 times the speed of sound with a half-and-half mix of biofuel and kerosene. Aircraft manufacturers such as Boeing, Airbus, Embraer and others are continuing to conduct biofuel tests, but biofuels are still too expensive for widespread adoption. The refinery industry is working to reduce costs of biofuels as well.