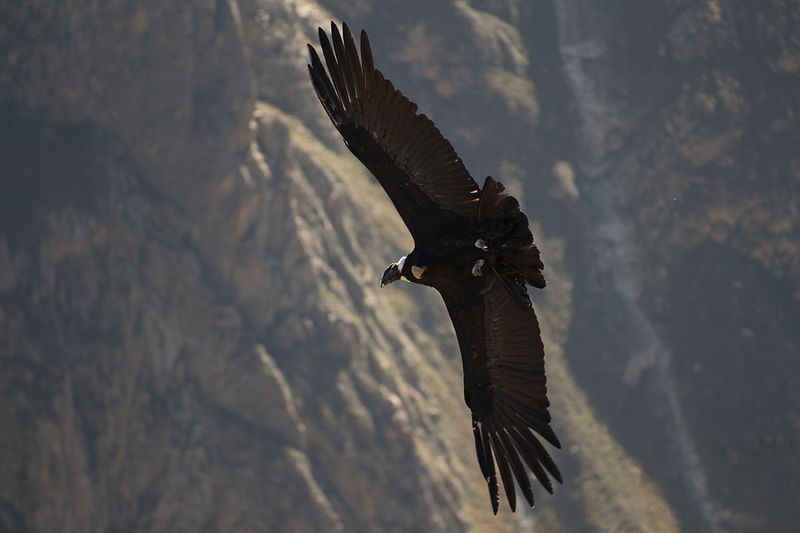 A new study sheds light on how big birds take advantage of air currents. Researchers found, Andean condors-the heaviest soaring bird in the world, only flap their wings 1% of their entire flight time.

The study is done by the researchers at Swansea University in the U.K.

With a single individual weighing up to about 16 kilos (or 35 pounds), these South American condors fly over 100 miles (172 kilometers) without once flapping its wings.

Emily Shepard, study co-author said, “Condors are expert pilots — but we just hadn’t expected they would be quite so expert,”

In their flight, getting off the ground is the hardest part. However, once they are airborne, they barely ever flap their wings.

They mostly flap their wings during take-off. For 99% of their flight time, they just glide on winds and thermal updrafts.

Researchers studied the relation between environmental conditions and the amount of effort these large birds put into their flight. For doing this, they attached data recorders onto these giant birds. This helped them to record their flight paths and also to log every single flap these birds took.

“This suggests that decisions about when and where to land are crucial, as not only do condors need to be able to take off again, but unnecessary landings will add significantly to their overall flight costs.”

How to Select the Right Steel Grade for Your Project