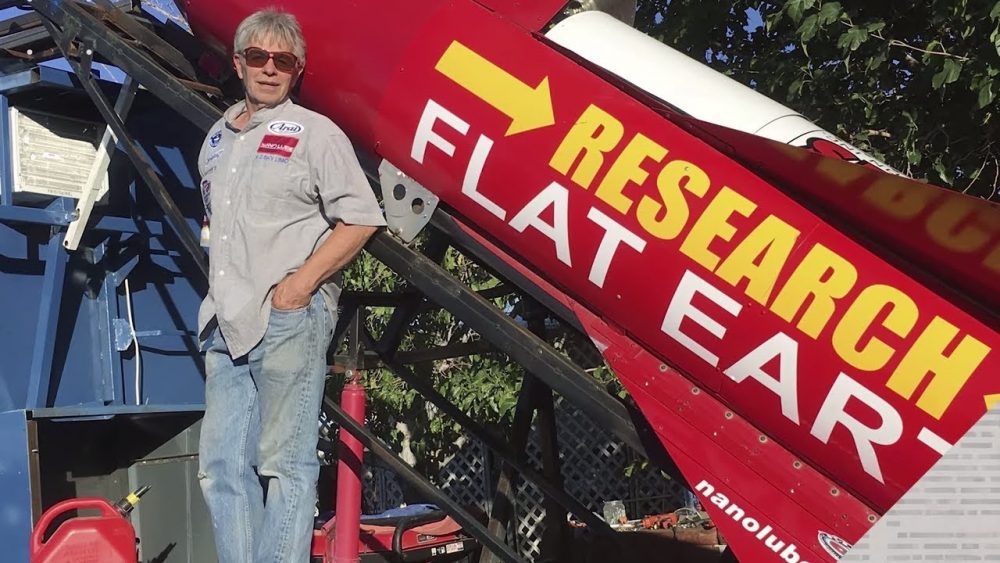 A man in California who believes that the Earth is flat plans to launch a homemade rocket to prove that he is right.

“Mad” Mike Hughes, a 61-year-old limo driver, built the steam-powered rocket from scrap metal in his garage. He made the launchpad from an old motor home he bought on Craigslist. The rocket and the launchpad cost about $20,000. The rocket is sponsored by a group called Research Flat Earth.

His plan is to launch himself 1,800 ft. into the air over the Mojave Desert, at a speed of 500 mph, before pulling out his parachutes and gliding back to the ground.

Hughes believes that this initial launch is just the first step toward proving that the Earth is flat.
The self-taught rocket scientist’s ultimate goal is a future launch that will put him miles above the Earth. From there, he plans to take photos that will show the Earth to be a flat disc.

He’s had a few setbacks, such as not receiving permits from the Bureau of Land Management, but Hughes is undeterred. He plans to launch this coming Monday.

Following his flight, Hughes says he is going to announce his plans to run for governor of California.