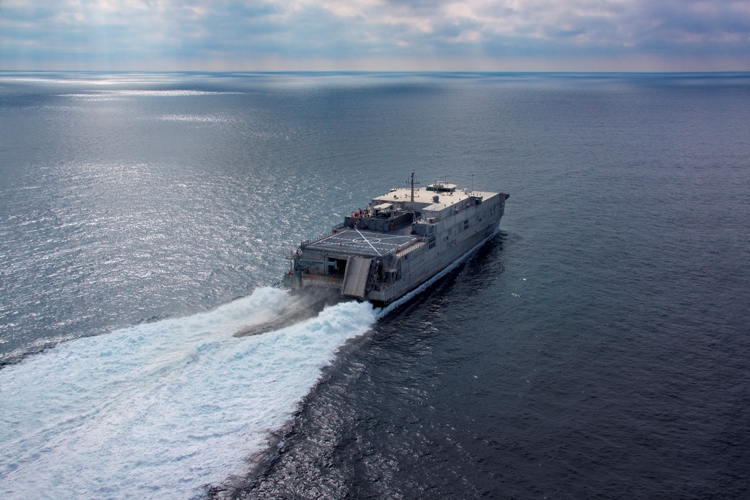 According to military capability briefings, the vessels can transport 600 short tons 1,200 nautical miles at an average speed of 42 mph (35 kn., 65km/h). JHSV was designed by the US Navy’s “Spearhead-Class Joint High-Speed Vessel” shipbuilding program.

Similar to USS Freedom, covered by IndustryTap earlier this month, JHSV is intended for high speed, shallow draft rapid transport of cargo and rapid transit of conventional or special forces, equipment and supplies. JHSV reaches speeds of 42-52 mph (35-45 knots, 65-83 km/h). The ship can transport a company up to 250 personnel and their vehicles or a battalion with up to 1,000 soldiers.

The ship runs on MTU Onsite Energy Series 8000 Marine Engines that are ABS (American Bureau of Shipping) NVR Certified. These engines, since their introduction in 2000, have set the standard for diesel propulsion plants in the 7200 kW to 10,000 kW power range. These engines are typically used in passenger ferries, rescue tugs, large displacement yachts, naval auxiliary vessels and multipurpose ships. According to Austal: