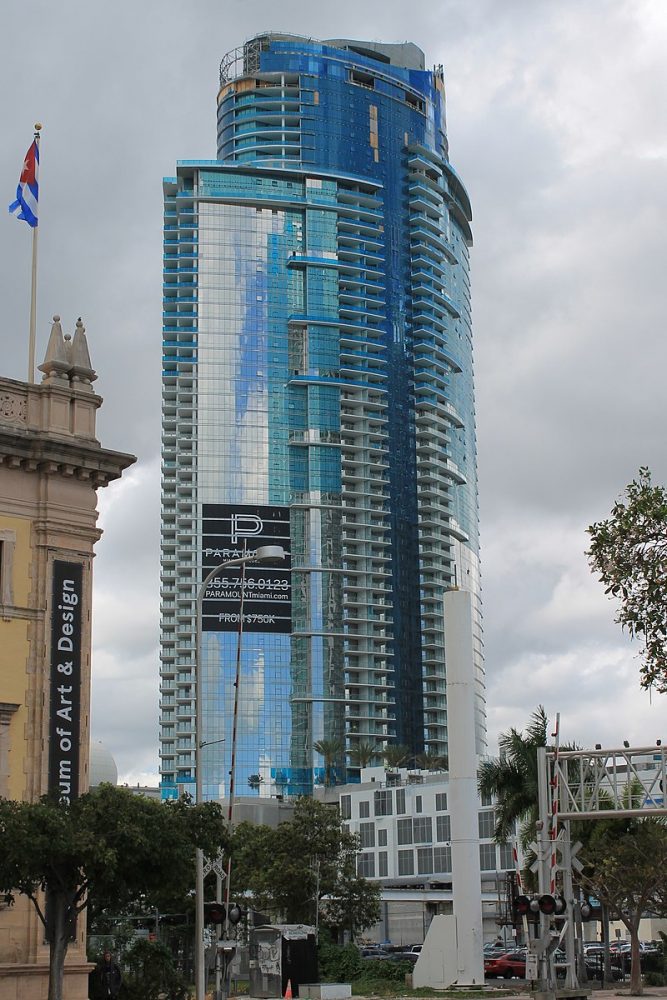 Long-awaited innovations of the future Flying cars are closer to reality than you think. Like helicopter landing pads and heliports, flying cars will soon get the places to land.

Helicopter landing pads have adorned buildings for decades. One residential skyscraper in Miami, Florida, may be the first in the world with a private skyport.

The Paramount Miami World Centre is nearing completion. It has 524 high-end units, with more than two dozen luxury penthouses. A private skyport is also being developed to serve its wealthy residents’ flying cars.

Future residents of the 60-story Paramount Miami World Center will find it more convenient to take an elevator to reach the rooftop skyport and be whisked off by a flying car than traveling to the street to hail a cab.

Paramount Miami World Center’s CEO and developer, Daniel Kodsi says his inspiration for the idea came (of course) from the cartoon The Jetsons.

He said in a statement “Ever since ‘The Jetsons’ came out, America’s been talking about flying cars,” “It’s something that inspires you, something that you think about when you’re building a project. You’re saying, ‘Well, what is the future? What’s going to happen in the future?’”

Kodsi added, “We said, ‘What an opportunity to convert our sky deck into some type of ‘Jetsons,’ sky port where you can actually land passenger drones?’ And this technology exists today,”