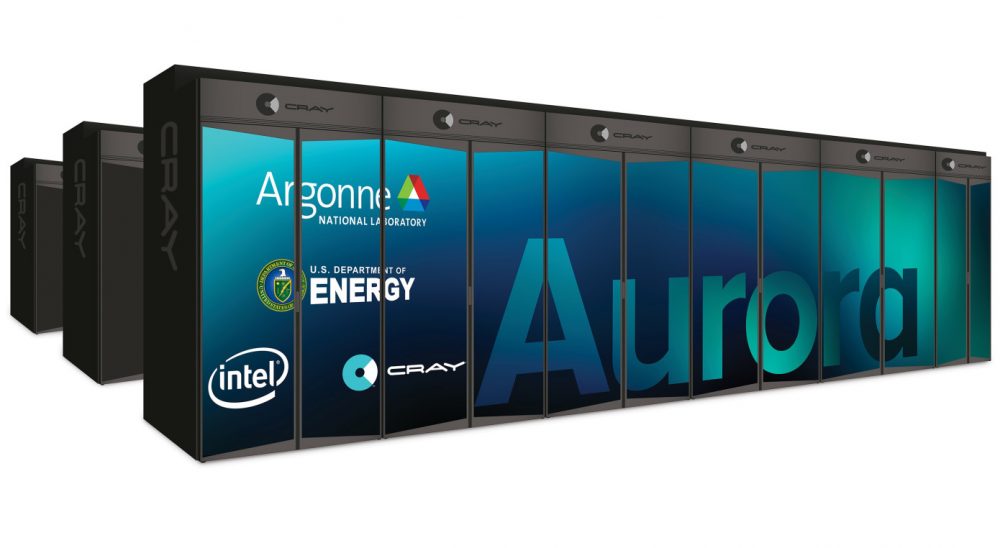 America is going to build the world’s fastest supercomputer and it will be the first to break the so-called “exascale” barrier. Exascale computing refers to computing systems capable of at least a billion billion (i.e. a quintillion) calculations per second.

This upcoming supercomputer has been named Aurora and it is expected to be delivered to Argonne National Laboratory by 2021.

Department of Energy’s new exascale computer will be built by Intel and Cray Computing in the U.S.

Secretary of Energy Rick Perry, explained that this supercomputer will be used to tackle problems “such as cancer research, climate modeling and veterans’ health treatments,” and will ultimately “have an incredibly significant impact on our society,”

Aurora will be able to complete quintillion calculations per second, roughly million times faster than our typical laptop or desktop computer.

It will help in answering lot of unanswered questions regarding the universe. It will be associated with high performance computing and artificial intelligence to map the human brain.

Perry said, “We will use exascale computing and AI to accelerate discovery, spur ingenuity, drive innovation, and above all, we will impact all of those areas in ways that just a few years ago we couldn’t have realized that we were going to have the ability to do,”

What Happens in the Brain During a Spiritual Experience?