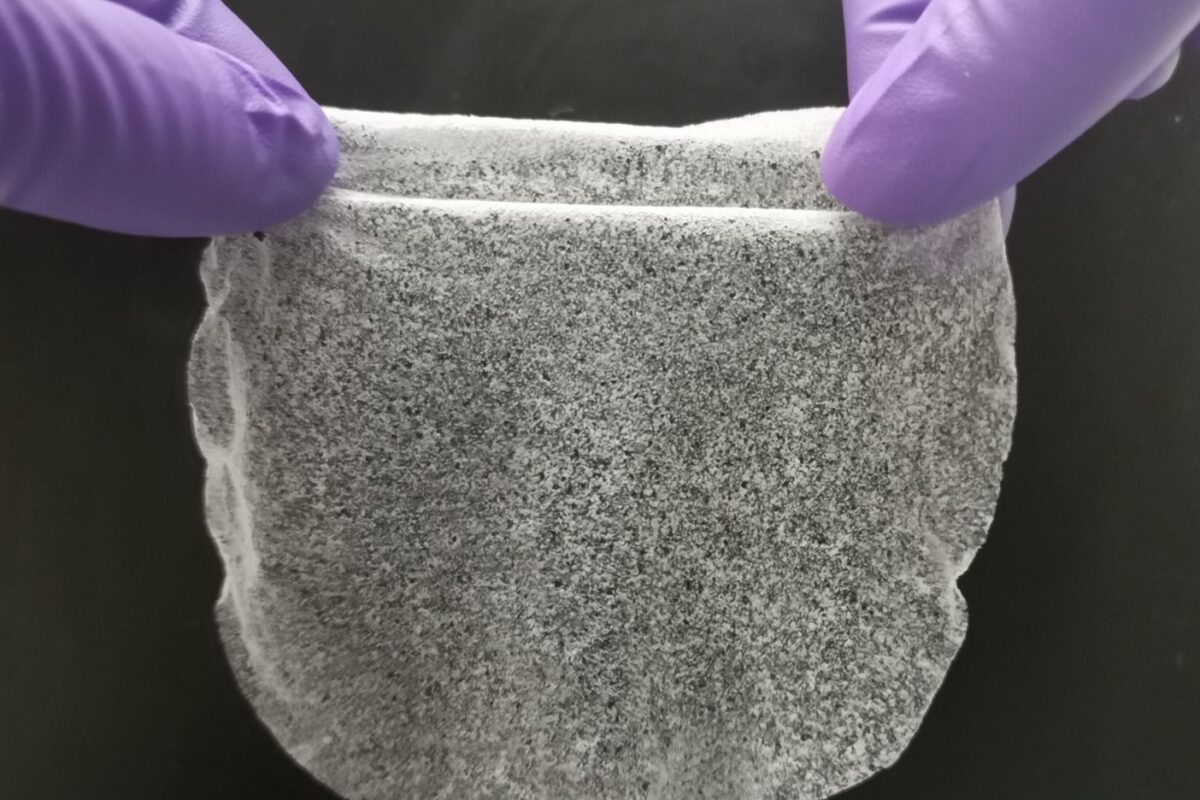 According to the World Health Organization,  it is estimated that 1 in 10 people (785 million) live without access to safe drinking water.

While our planet may never run out of water, clean drinking water scarcity is a significant problem for much of the world’s population.

Now, a team of researchers at the University of Texas at Austin has developed a solution to pull drinking water out of thin air. The low-cost gel film technique could help people in the areas that experience water shortages.

The gel is composed of cheap and common ingredients!

Researchers utilized cellulose from the cell walls of plants and common food additive konjac gum, to make a gel film.

The low-cost ingredients are mixed and freeze-dried in a mold for two minutes. Once freeze-dried, the gel is peeled-off out of the mold and ready to work.

This gel film can absorb water from the air in even the driest climates and release the collected water immediately when heated. The overall energy required to produce water is very less as compared to other attempts to pull water from air that are energy-intensive and do not yield much water.

The research was funded by the U.S. Department of Défense’s Defense Advanced Research Projects Agency (DARPA) to provide drinking water for soldiers in arid climates.