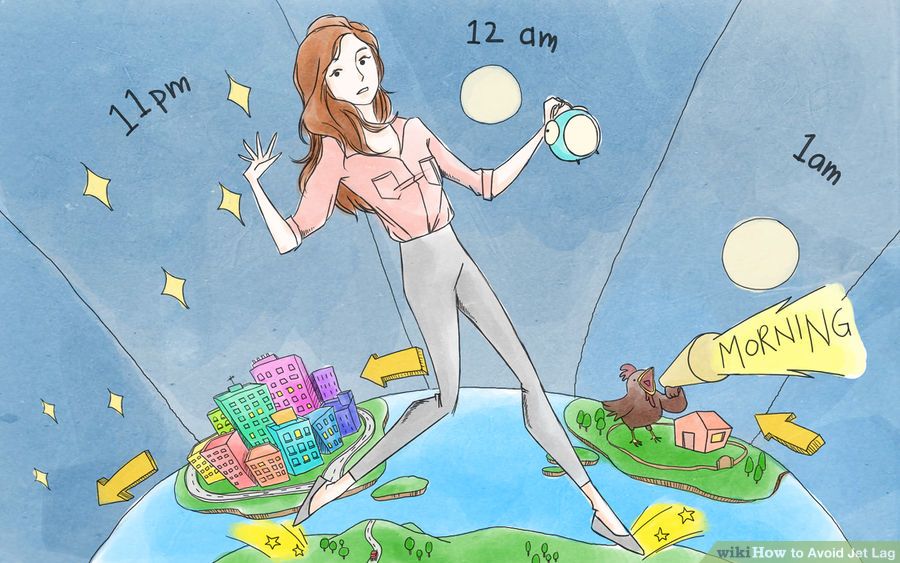 Those who travel very often know that their body clock takes way longer to recover when they fly eastward compared to westward.

Physicists from the University of Maryland have published their research featuring a mathematical model to show the difference in the response of the brain cells depending on which direction we’re travelling.

Jet lag normally occurs when people travel quickly across several time zones. It is a physiological condition which upsets our body’s circadian rhythms. Cells in the hypothalamus known as pacemaker cells keep our bodies in rhythm. However after rapid time zone shifts, the cells are unable to quickly establish a new rhythm. Hence it messes up our metabolism, sleeping pattern, and overall functioning of our body for the first few days after landing.

Michelle Girvan, an associate professor of physics at the University of Maryland and a co-author of the study explained that the cells don’t operate on a perfect 24-hour schedule. However, their activity follows a cycle that lasts slightly longer than that – about 24.5 hours. That implies that it’s easier for us to extend the length of a day than to shorten the day.

Girvan explained the working of the pacemaker cells:

“Normally, the movement of the sun acts as the ‘man with the yellow flag,’ indicating where the circular track’s finish line is. This marker helps the pacemaker cells complete their circuit in correspondence with the environment. In the absence of a controlling influence, the clump of [pacemaker] cells completes the circuit within a period of time that may not correspond exactly to one day.”