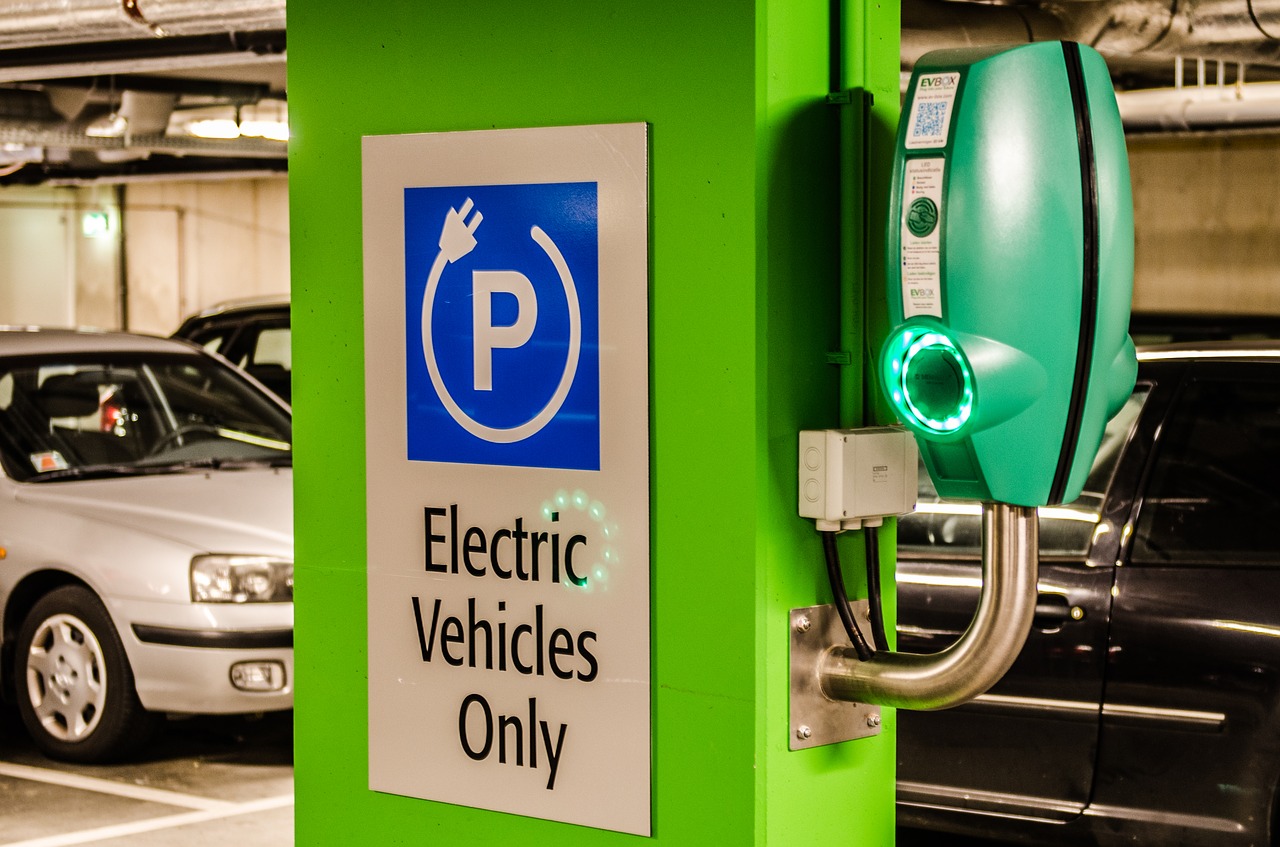 Image by Stan Petersen from Pixabay

Gone are the days when electric cars were rare on the road. And the electric vehicle industry has come a long way from what it was a decade ago. Electric cars were considered to be boring, slow, and unexciting to look at. Not to blame anyone but to be honest, the electric vehicles that launched those days really did look like that. It was not until Tesla entered the industry when electric vehicles got an overall revamp of what they are, what they are capable of, and most importantly answering the question if they are really slow and boring.

Tesla showed the automotive industry that electric vehicles can be exciting, fun to drive, easier to live with, and blazingly fast. All the Tesla models are the perfect proof for the same and all the other major automakers who should have started the exciting electric cars era followed Tesla. Now there are many electric vehicles in almost all the major segments from many manufacturers. Tesla did not stop with sedans and SUVs with their electric vehicles. Tesla wants the big fish in the American automotive industry which is, of course, the pickup truck segment. Tesla’s Cybertruck is one of the most futuristic and coolest looking pickup trucks to be launched in the past couple of years. And as expected, many major manufacturers have followed suit with their own versions of pickup trucks which also includes some big names. Let us now take a look at some of the upcoming EV pickup trucks which are set to dominate the segment in a couple of years.

Ford has always been very vocal about the quality issues of all the Tesla models on sale. They have even said that the customers will no longer need to compromise on quality issues with their electric vehicles. Ford wants to hit the segment with an absolute bang and that is why they are bringing in one of their most popular and successful models on sale. We are of course talking about the Ford F-150 which is not only Ford’s successful model but also the second most highest selling car in the world. The F-150 Electric is expected to be very close to that of the current generation F-150 which are powered by internal gasoline engines. This all-electric F-150 is expected to go on sale from Mid 2022 and might have a price of about $50,000. Unfortunately, we do not have any other details regarding the F-150 Electric. All the essential details like the battery options, range, power figures, and performance are not available yet.

One of the rising electric automakers in the American automotive industry is Rivian. The 2021 Rivian R1T is just around the corner for a launch which is slated to happen sometime in the June of 2021. The R1T was shown as a prototype by Rivian for the past two years and it is finally so good to see it make it to the road. Rivian has already made a lot of news in the electric vehicle industry with its prototypes. Also, thanks to Rivian’s partnership with Ford, they got plenty of funding to help with their production. Rivian had to postpone the launch of their R1T because of the pandemic which is now postponed to June 2021. The battery options include 180 kWh, 135 kWh, and a 105 kWh battery pack. The range is expected to be around 400 miles and the price is expected to be around $70,500. The 2021 Rivian R1 will have around 750 hp along with 829 lb-ft of torque on offer.

Yet another electric vehicle startup to enter the automotive industry is Lordstown. The Lordstown Endurance pickup truck was just recently unveiled and has garnered lots of attention with its conventional four-door layout design. This makes the Endurance very similar to the likes of the Ford F-150 Electric and the 2021 Rivian R1T. Lordstown however, seems to just take bulk orders from large businesses that operate at large fleets. There is still no word about the availability among the general public. This makes it quite a niche product unlike the F-150 Electric, 2021 Rivian R1T, and the Tesla Cybertruck. The Lordstown Endurance is expected to go on sale somewhere in early 2021 at a price starting from $52,500. The power output is at 600 hp whereas the range is estimated to be more than 250 miles. Though the hopes are high for this Endurance pickup truck, the fact that private buyers can not get their hands on one will definitely hurt their chances of dominating the pickup truck segment.

One of the most prominent names in the electric vehicle industry for the past few years is Tesla. Tesla has really stunned the American automotive industry and the entire world with all of their electric vehicles. Noe, Tesla is set to disrupt the pickup truck segment with their Cybertruck. Everything about the Cybertruck from its name to its striking and futuristic design is unconventional and exciting. Like all mainstream pickup trucks in the automotive industry, the Tesla Cybertruck gas a conventional four-door layout along with Tesla’s traditional big touchscreen on the dashboard and lots of power. The Cybertruck has already received around half a million reservations which are undoubtedly quite a lot for a pickup truck that has never made it to the road. There are no details regarding the battery pack options available. The range is expected to be around 250 and 500 miles depending on the version that you would go for. The prices for the Tesla Cybertruck will start around the $39,900 mark making it quite affordable than most of its immediate major rivals in the segment.

Fisker has been under lots of controversies over the past few years with all their announcements and models launched. The founder of Fisker, Henrik Fisker has said that the company intends to produce an electric pickup truck by 2023. This makes the Fisker Alaska pickup truck one of the last electric pickup trucks to come on this list. And apart from the founder’s words and the supposedly Alaska moniker, we do not know much about this all-electric pickup truck to come from Fisker. The range is expected to be around 250 to 300 miles whereas the prices might start from around $37,499. This price puts it very close to that of the SUV on which the Fisker Alaska is about to be based, the Fisker Ocean SUV. But to be honest, we still do not know if this Alaska pickup truck will make its way onto our roads for which only time will be the answer.

Bollinger has also made quite a statement in the electric pickup truck segment with their boxy yet purpose-built B2 pickup truck. Everything about the Bollinger B2 SUV is very clean, minimal, and ergonomic which means it will be a great choice for those who prefer utility over anything. The B2 pickup truck also has some serious off-roading tech under its skin making it a strong candidate for those who want extreme off-roading capabilities. One gripe though with the Bollinger B2 is its steep price tag at $125,000 which is really huge for a pickup truck with an estimated range of just 200 miles. All of its rivals have more range along with great design and interiors but that is where the B2 differentiates itself from the rest. It is meant for hardcore off-roading with a great sense of practicality and utility in the mind.

Chevrolet is of course expected to get into the action given Ford has entered the same. The age-old fight between the Ford F-150 and the Chevrolet Silverado is expected to continue with their EV counterparts. We already know that the Ford F-150 Electric is on its way to production and Chevrolet has also started to prepare their own electric pickup truck. This Chevrolet EV truck will be styled very close to that of the Silverado whereas the platform and other features will come from its sibling, the GMC Hummer EV. The Chevrolet EV Truck which is yet to be named however will be very different to that of the Hummer EV thus helping in differentiating the two sibling pickup trucks. This Chevrolet EV truck is set to make its way to the roads at the end of 2021 with an estimated range of about 400 miles. Prices are also very close to that of its main rival, the Ford F-150 which is around the $50,000 to the $70,000 mark.

Hummer moniker is one of the legendary names to be sold in the automotive industry. That was largely thanks to their extreme dependability and capability which was proven by their hardcore nature in the United States Army. The GMC Hummer EV is expected to get launched somewhere during the second half of 2021. Though the battery capacity of the Hummer EV is unknown, we are expecting a range of about 350 miles. The GMC Hummer EV will start at $79,995 and will go all the way up to $112,595. The Hummer EV is also said to bring some cool features like the Crabwalk feature which uses four-wheel steering to a great extent. GMC has also given the Hummer EV with DC fast charging which gives it the ability to go for about 100 miles with just a 10-minute charge. The Hummer EV is also said to pack in lots of new features and technology from its GMC siblings which will make it quite modern by the time it hits the stores.