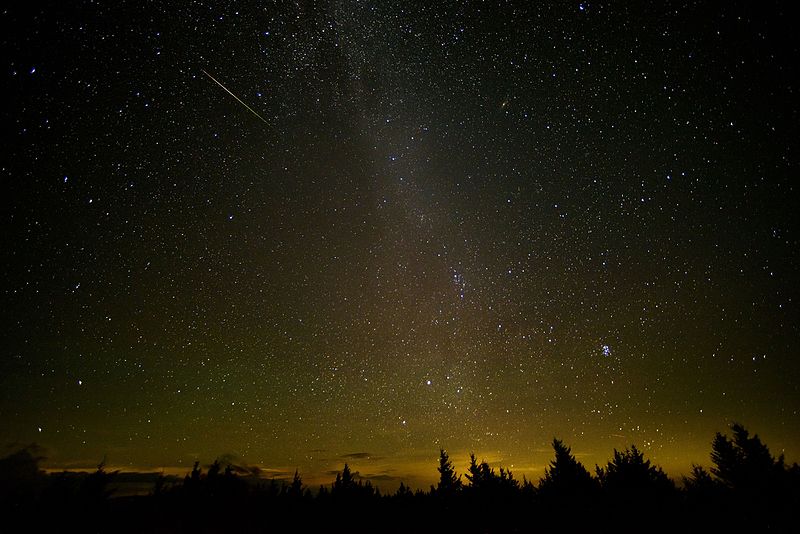 While most of us are stuck to our homes due to coronavirus pandemic…it is the best time to connect with nature. For those who love to gaze out into the beautiful night sky, it is going to be an exciting month of cosmic phenomenon.

According to the American Meteor Society, May is the best period in spring to experience meteor activity in northern hemisphere.

But, this meteor shower will favor sky watchers in the southern hemisphere. Here observers can expect to see between 20 and 40 meteors each hour. In northern hemisphere, one can experience between 10 and 30 meteors in the hours before dawn.

In coming days we’re about to pass through the thickest part of Halley’s comet’s long dust trail and experience the peak of the annual Eta Aquariid meteor shower.

The Eta Aquarids meteor shower is named after the faint Eta Aquarii star in the Aquarius Constellation. It’s named for its direction of origin, as it seems to emanate from the vicinity of constellation Aquarius.

Each year around May4, the orbit of Halley’s Comet collides with Earth’s orbit. It results in vaporizing debris that come flying into our atmosphere at a whopping 148,000 miles per hour. Fast meteors leaves glowing dust “trains” behind them, generating magnificent “shooting stars.”

New Museum Will Look Like a Giant Salad Bowl

These Gut Bacteria Prevent Mice from Becoming Obese – What Could That Mean for us?