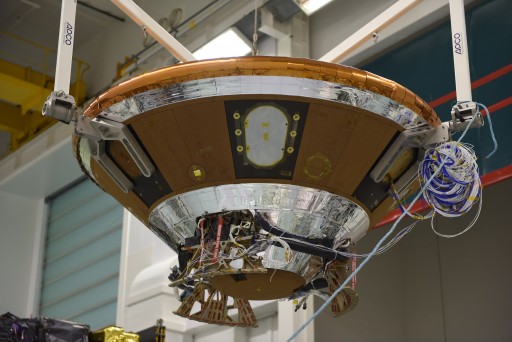 As one gets older, the years go by like pages flipped in a book. One can barely make out the letters on the current page when the next page flips and then the page after that. So when we look at European Space Agency (ESA) projects that seem stuck in slow motion, we can be sure that they’ll be here before we know it.

ExoMars Mission is a story with many chapters, the first of which was ExoMars blasting off in March 2016 for the Red Planet to search for methane in the Martian atmosphere. The Trace Gas Orbiter (TGO) was to search for trace gasses that would help scientists understand if there is life on the surface of the planet. It was also expected to test a number of instruments, perform orbit calibration measurements, and send pictures back to Earth.

A Setback for ESA, But a Setback They Will Learn From

Unfortunately, the Schiaparelli lander unexpectedly crash landed onto the surface of Mars even though the atmospheric entry and flight path went exactly as planned. In subsequent analysis, ESA determined that a computer glitch during descent caused the crash. Fortunately, the lander was able to collect nearly all of the data intended for the mission before crashing.

The following video, ExoMars – A Promising Future, explains why the ESA member states have decided to continue with the project that will deploy a rover on Mars and search for signs of life to a depth of 6.56 feet (2 meters).

Fukushima Radioactive Plume to Reach US by Early 2014
Ocean Cleanup Array Could Remove 7,250,000 Tons of Plastic from the Sea
Mind Controlled Devices Now Hitting the Market Just the Beginning