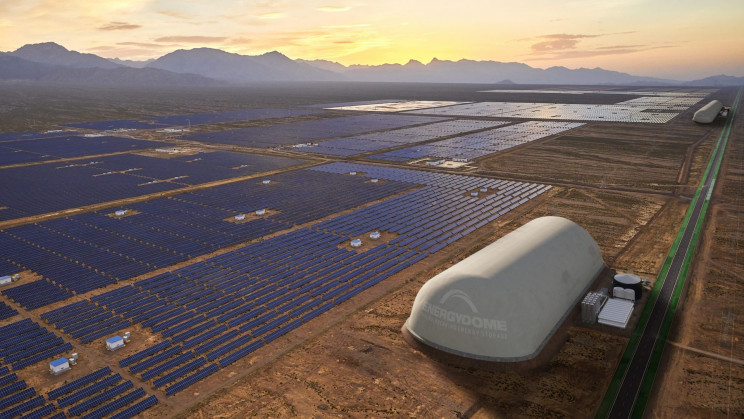 Italian start-up Energy Dome says that its CO2 battery might be the cheapest energy storage on the market in the next few years.

Jeff Bezos-backed start-up just announced the close of its $11 million ‘Series A’ fundraising round. The start-up plans to deploy the first commercially viable CO2 battery in a demonstration project in its native Sardinia, Italy.

The new CO2 battery will not only greatly enhance solar energy storage but will also be almost twice as cheap as the current long-duration energy storage system.

Energy Dome says that the world’s cheapest energy storage will be this iron-air battery which will also reduce the performance degradation issues faced by lithium-ion battery solutions.

According to Energy Dome, its “modular, scalable energy storage solution will allow for solar and wind generation to be dispatchable 24 hours per day.”

Energy Dome’s CO2 Battery uses carbon dioxide in a closed-loop cycle where it changes from gas to liquid and back to gas. The “dome” of the energy storage system is an inflatable atmospheric gas holder that is filled with CO2 in its gaseous form.

The system uses electrical power from the grid during charging, which powers a compressor that draws CO2 from the dome and compresses it, generating heat that is sent to a thermal energy storage device. The CO2 is then liquified and stored in vessels at ambient temperature to complete the charge cycle.

When discharging, the cycle is reversed by evaporating that liquid and recovering the heat from the thermal energy storage system by expanding the hot CO2 into a turbine which drives a generator. The CO2 battery has up to 200 MWh storage capacity, Energy Dome says.