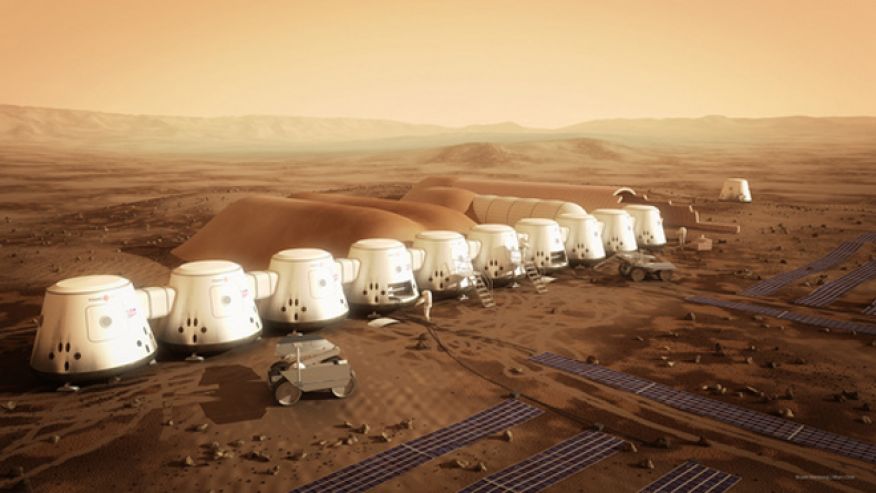 Tesla Motors and Space X founder Elon Musk has big plans to have boots on Mars by the year 2026.

Currently, a one-way trip to Mars can take upwards of 6 months; Musk believes the roundtrip needs to take 6 months or less. Taking a dozen people at a time will not be sufficient for colonization. Much bigger transport rockets will be required to supply the colony until the next resources arrive. (Running low on water? Well, the next water generation system shipment is coming in a month! You can picture the headline: Colony Dies a Slow Death.)

This gets you thinking, how does the International Space Station support life? Where do they get their water and oxygen from? Even though a journey from earth takes 2 days, or under 6 hours on a return trip with the new Soyuz lifeboat, these trips are expensive, and the ISS can run unsupported for months at a time.

We had a chat with a company that is involved with developing products used on the ISS. They gave us a few insights on how their potentiometer products are utilized in the station’s life support system. Let’s take a look at 4 critical life support issues:

Temperature Control: Astronauts working on the station have to wear a space suit that can handle temperatures ranging from -55C (-67F) to +125C (+257F). The suit has to compensate for the temperature fluctuations. (Nobody wants to be stuck in a suit that slowly cooks you at 257F!) Recently, Betatronix, a company that develops products used in life support systems such as the space suit, was called in to fix the problem of water buildup in the suit due to ineffective cooling control. The current control unit was causing condensation and water to form within the suit, creating a potentially life-threatening situation.

Oxygen:  As one can imagine, oxygen is a premium commodity, and its use needs to be regulated with extreme precision. At only 10,000 feet above sea level, oxygen systems are required for manned flight. Outside of earth’s atmosphere, oxygen must be generated, stored, delivered, and reprocessed. Betatronix provides precision potentiometers linked to flow valves that ensure that an uninterrupted, controlled supply of oxygen is readily available within the crew compartment or life support suit. Oxygen on Mars is obtained by mining and processing local resources such as soil minerals, where it would be kept readily available in reserve tanks and obviously the space suits.

Water Reclamation:  Another resource that can’t be pulled from space is water. The water we so easily obtain on earth becomes a valuable commodity that cannot be wasted in space. All waste water has to be reclaimed and reused. Betatronix tells us that they provide the components that measure fluid levels and flows to provide an efficient and effective system for water reclamation. This extreme reverse osmosis system takes waste water through a process to clean impurities, leaving ISS inhabitants with water cleaner than our tap water at home. Betatronix provides potentiometers for the space station reverse osmosis system that accurately measure precise fluid levels in zero-gravity conditions.

Electrical Power: Electricity is also vital on the ISS. Currently on earth, the majority of our power is generated through coal, natural gas and nuclear power. These methods also consume vast quantities of oxygen, which, as mentioned, is at a premium in space. The 75 to 90 kilowatts required to power the ISS are supplied by an acre of solar panels. Even though the solar panels are large, they need to be positioned at the optimal angle, called the Beta angle, to absorb the maximum amount of solar energy from direct sunlight while orbiting the earth. Potentiometers are used to accurately measure the angle of the solar arrays, which are then used to maximize power generation.

There can be no shortage of care and precision when it comes to controlling the technology that supports the lives of the astronauts in space. Betatronix products are being used in many life support systems – from medical to aerospace to outer space. The company proudly says, “We provide potentiometers that turn rotary or linear motion into a measurable signal for precise control.”

The life support systems that Betatronix designs for use on Mars cannot fail – they need to operate for a lifetime for the mission to be successful.