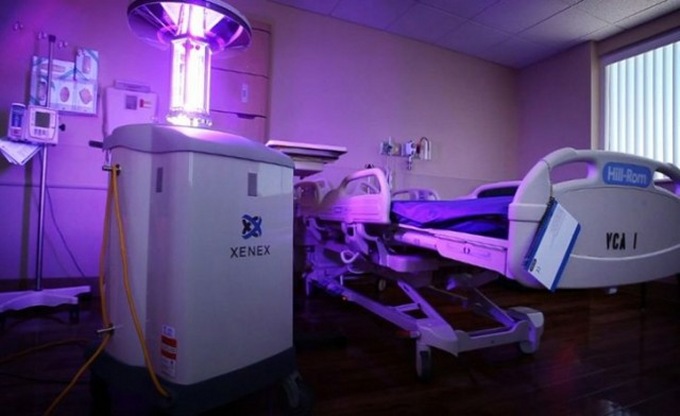 The Ebola virus has killed thousands of people in West Africa and currently has the U.S. on high alert.  The Ebola virus can survive for up to six days on solid surfaces. Though it can only be transmitted through bodily fluids, it’s very important to eliminate any sources of infection. Considering that this messy disease can lead to bleeding, vomiting and diarrhea, it requires a lot of cleaning efforts.

How do yoo combat the deadly Ebola virus?

As panic starts to spread about Ebola, some US hospitals have introduced a special purpose robot ‘Ebolabot’ to fight back after the first US Ebola victim died in the Dallas Hospital. The $115,000 Ebola-killing robot is called Little Moe.

Little Moe, which looks like a large kitchen appliance, uses ultraviolet light to sterilize a room…potentially a high risk job for humans. It works by flashing surfaces with UV light which in turn damages viral DNA on any surface. But it is safe for humans. Ebolabot blasts 1.5 pulses per second and light that is 25,000 times bright than sunlight is developed in each flash.