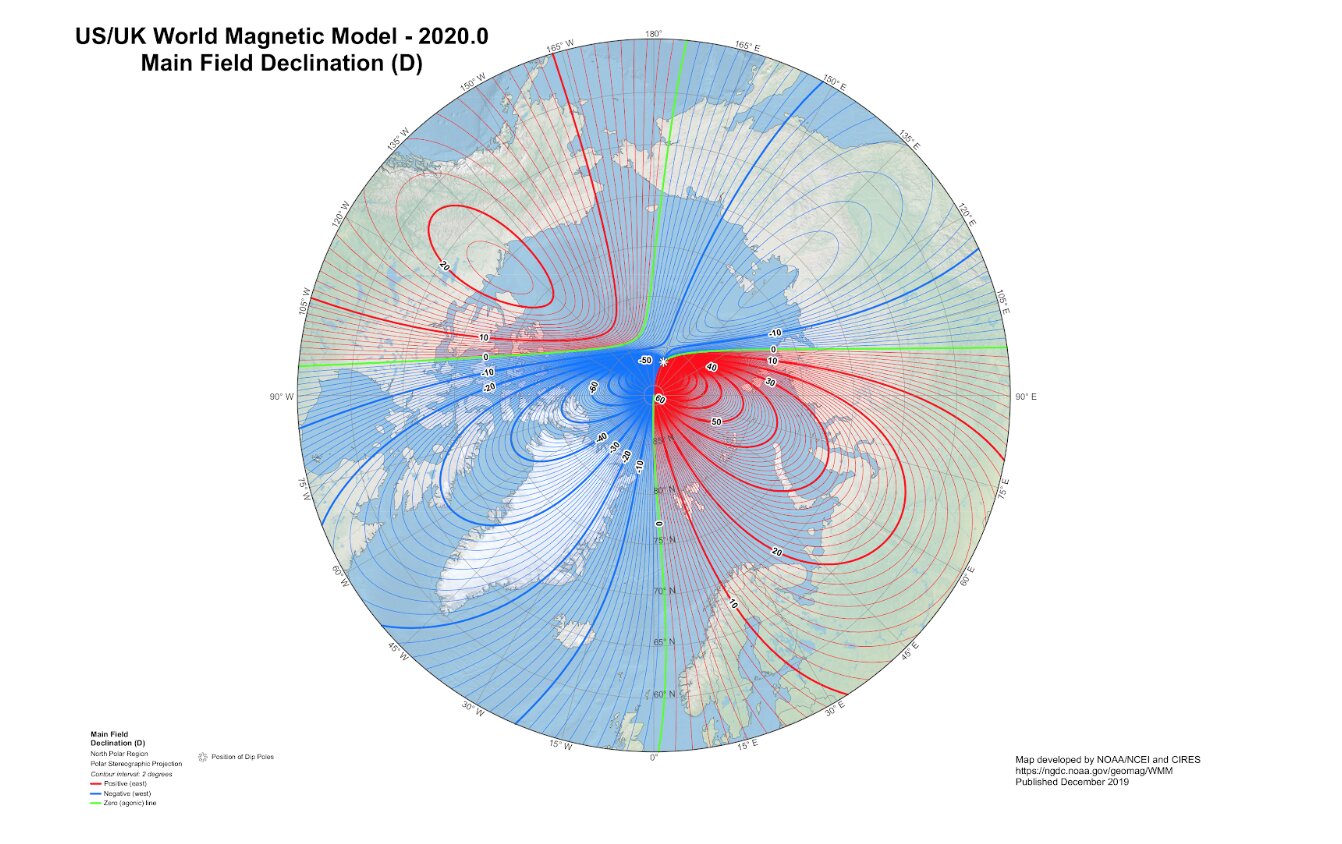 The magnetic field of our home planet is one of the most significant things for sustaining life as we know it. Created in the molten iron core in the center of the Earth, the magnetic field keeps us safe from the damaging cosmic rays, especially those that come from the sun.

Like every magnetic field, Earth’s one has two poles – south and north. Most people associate the magnetic poles with the real poles of the Earth, but that’s far from the truth. Actually, according to researchers from NOAA’s National Centers for Environmental Information and the British Geological Survey, the magnetic North Pole now resides near Siberia.

The researchers used a mathematical representation of the Earth’s magnetic field, using data from navigation services. The model showed that the magnetic field shifted towards Siberia, and more importantly, that the drifting speed accelerated in recent years.

However, while the researchers expect the magnetic north pole to continue to shift toward Siberia, it will probably do that with reduced speed – 25 miles (40 km) per year compared to 34 miles (55 km) per year.

“It’s the fastest recorded shift seen since the mid-16th-century. Magnetic records show the north magnetic pole has been meandering about Canada from 1590 until 1990 when it suddenly accelerated gain speed over the past 30 years, going from less than 10 km (6.2 miles) per year to almost 60 km (37 miles) per year,” said Dr. Ciaran Beggan, a geophysicist at the British Geological Survey.

“However, on the other side of the planet, the south magnetic pole has moved very slowly, drifting around the coast of Antarctica in the same period.”

To put things into perspective, the north magnetic pole resided in Canada’s northern regions in 1831, when Sir James Clark Ross discovered it.