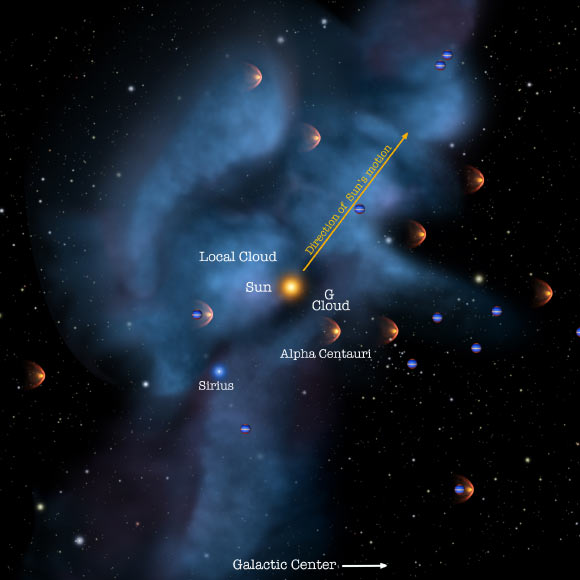 According to Australian researchers, our Earth is traveling through a cloud of radioactive debris left behind by supernova explosions.

In a new study, researchers examined deep-sea sediment samples known to date back 33,000 years using a sensitive mass spectrometer. They found the traces of the isotope iron-60. This is the rare isotope of iron which is not naturally produced on Earth.

According to researchers, this isotope is “predominantly produced in massive stars and ejected in supernova explosions.”

Space is seeding Earth with a rare isotope of iron forged in supernovae for over 30,000 years

Our Earth is continuously being dusted with the region of unclear origins made up of gas, dust, and plasma.

Anton Wallner, the lead author of the paper, said, “These clouds could be remnants of previous supernova explosions, a powerful and super bright explosion of a star,”

Researchers also found this rare isotope in samples of lunar soil during Apollo 12, 15, and 16 missions.

More recent evidence of this stardust

Traces of iron-60 seemed to appear consistent over a large period. This rare isotope has been found in the Antarctic snow as well. According to the evidence, traces found might have fallen in the last 20 years.

“There are recent papers that suggest iron-60 trapped in dust particles might bounce around in the interstellar medium,” Wallner said in the statement. “So the iron-60 could originate from even older supernovae explosions, and what we measure is some kind of echo.”

Astronomers just witnessed Biggest Explosion in the History of the Universe