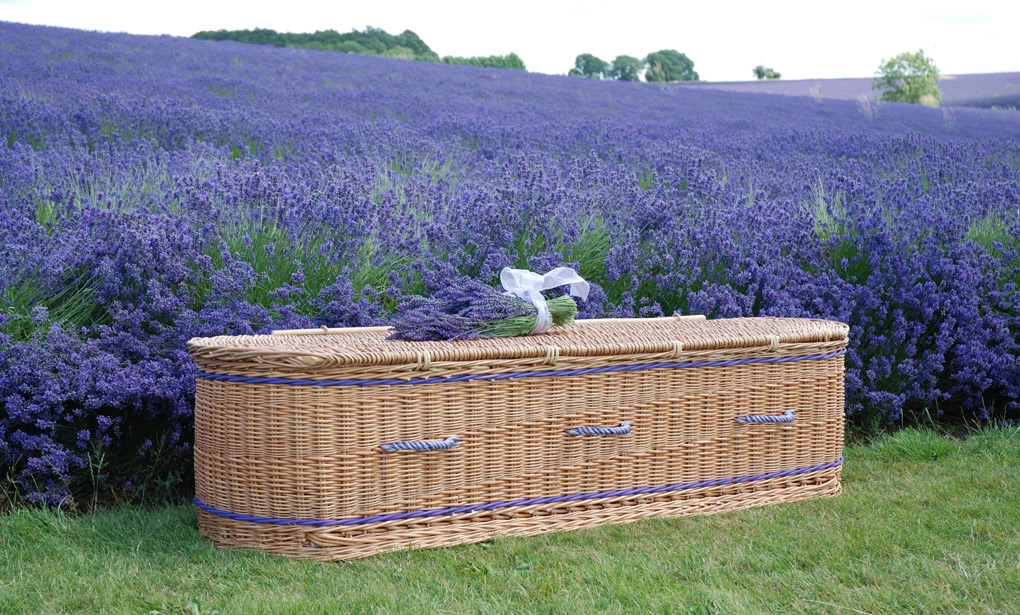 There’s no escaping it. Eventually, our movie draws to a close and all that is left is the memory of well-played scenes.

If we are lucky, it doesn’t happen until we are old. But there are no guarantees, so why put off the decision of what to do with your physical remains? Why not think about this inevitability while it is still a “fantasy” and not in the middle of a traumatic event? When funeral decisions are made in the middle of grieving, our loved ones naturally tend to think a bigger goodbye shows greater love. But if you’ve worked all your life to be an environmentally responsible citizen, you’ll surely want to carry those values to the grave. Just get these details out of the way and then get on with living a good life for however much time you are granted.

Remember, a small footprint doesn’t mean a small legacy. Just because you don’t have a headstone or statue or a building named in your honor doesn’t mean your efforts at living simply haven’t had a big impact. If others remember you kindly, your legacy is etched in their minds.

The typical methods of disposing of human remains can play hell on the environment of the living, even when we are certain our loved one is an angel headed for heaven. An elaborate farewell can cost a bundle. The casket typically runs $5,000 or more, taking an obvious toll on the pocketbook. And then if you want the accoutrements, such as the hearse and limos, the cemetery plot, and a headstone, the financial cost could be that of a wedding or perhaps a state college education. Even a simple cremation without a wake can be a couple of thousand dollars. The financial toll is steep.

Environmentally, the costs continue to climb at every step. Each of the above aspects of traditional burial requires materials such as wood and concrete, as well as toxic chemicals for embalming. But it doesn’t have to be that way. Our dying needn’t take such a toll.

Let me suggest we all consider some of the ways we can go green to the grave.

At the risk of seeming macabre, let’s head straight to the outer limits of some suggested possibilities and then come back to the options that will be more appealing to the general population. We’ll assume you’re not drawn to being picked at by buzzards on a mountaintop nor shredded by piranhas in the Amazon River. Though sustainable, neither conjures a pleasant image. There are still ways to have a green burial while maintaining a degree of dignity.

Cremation is becoming the norm, and it saves money as well as environmental resources, yet requires a tremendous amount of energy and does produce air pollution. Still, it leaves the loved ones with ashes to have and to hold for some future disposal. Having your “carbon based unit” pressed into a diamond sounds glamorous, but it’s not something affordable for most. There are organizations that will mix your ashes with concrete and you can become part of a living coral reef in the ocean. Both of these ideas are transformational and give a sense of permanence.

But, are these really the best we can do to lead a green death and leave a small footprint?

I sometimes joke that it would be convenient if I drop dead while composting my kitchen scraps and yard waste; then my family can just include me in the pile. But that’s not actually too far from my desire for a final place to put this well-worn shell that has served me all these years. “The worms crawl in; the worms crawl out….”

I’m definitely pursuing the conservation option, often tied to local conservation trusts, where natural burials are permitted. The goal is to get back to the earth without causing destruction in the process.

You can be buried in a shroud or a degradable box, and there are some gorgeous basket caskets made of bamboo or other woven reed, though they are pricey. You can still have a memorial service graveside so that friends and family can enjoy a celebration of your life and have closure on their grief. Most of the conservation burial grounds allow a discreet flat marker or a tree to mark your final resting place. And you’ll be visited by wildlife instead of graveyard vandals.

Though death and taxes may be two unavoidable certainties, if we do it right, our mortality can be a final legacy in leaving a small footprint rather than a toxic trail. Meanwhile, in the words of the recently departed Leonard Nimoy, aka Star Trek’s Mr. Spock, “Live long and prosper.”