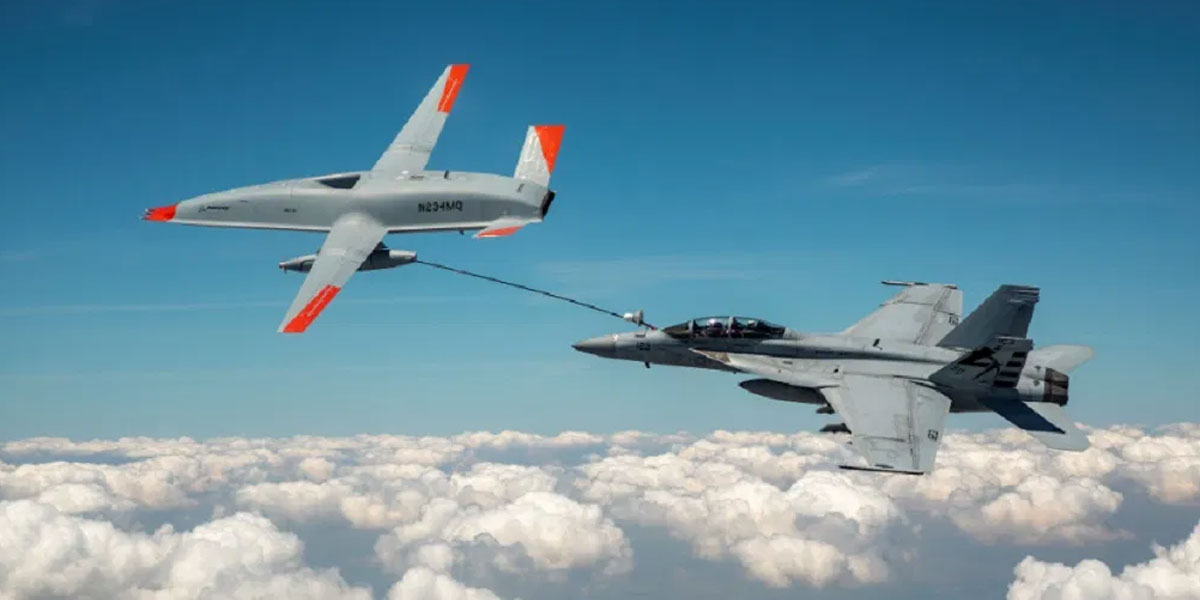 A Boeing tanker drone made aviation history by successfully refueling the U.S. fighter jet in mid-air for the first time.

The Boeing-made tanker drone MQ-25 Stingray was linked with the Navy’s F/A-18 Super Hornet fighter jet by hose mid-air. The drone then transferred jet fuel to the jet over the Midwest during Friday’s test flight.

This is for the first time that a drone has refueled an aircraft in mid-air. US Navy trusts that MQ-25 will greatly increase the reach of carrier-based fighter jets in the future.

The drone and fighter jet had to fly very close to each other to ensure stability during the refueling process. Fighter Jet flew just 20 feet (6.1 meters) away from the MQ-25 for several minutes.

The MQ-25 will not only enhance the Navy’s intelligence, surveillance, and reconnaissance capabilities but also significantly extend the reach of carrier-based fighter jets. The drone can carry up to 15,000 pounds of fuel.

Chad Reed, program manager for the Navy’s Unmanned Carrier Aviation program office, called the event “a significant and exciting moment for the Navy.”

“This is our mission, an unmanned aircraft that frees our strike fighters from the tanker role, and provides the Carrier Air Wing with greater range, flexibility, and capability,” Reed added.

You can watch the amazing refueling exercise in this video released by the Navy and Boeing:

How e-Voting & Collaborative Technologies Will Create Transparent US Democracy