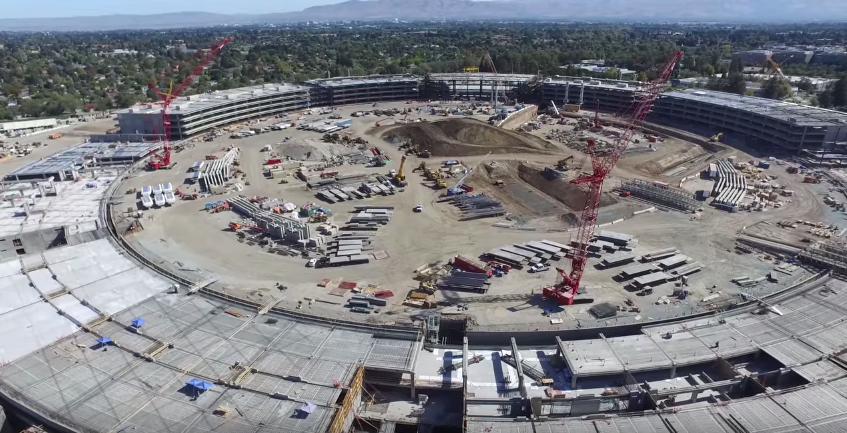 Words can’t really describe the enormity of the Apple 2 Campus being built in Cupertino, California, which is set to eventually house 17,000 employees by 2017.

Construction on the new campus, which sits on a 175-acre plot, features a main “spaceship” building, in addition to over 300,000 square feet of research facilities, parking for all employees, and a 1,000 seat auditorium, has been underway since 2013.

The aerial drone video taken by Emory Peterson details just how far construction has come along on the Apple Campus 2 the past two years, and the plan for the site to be completed by late 2016 actually looks promising.

Filming the campus in 4K adds to the allure of the video.

Half the World’s Sandy Beaches may vanish By 2100