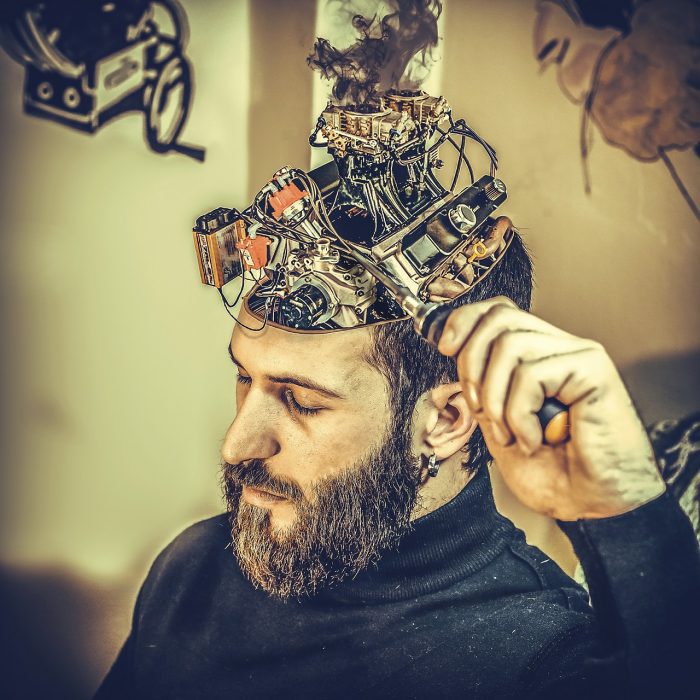 When thinking about implantable neural interfaces what comes to mind is the electrodes implanted in Frankenstein’s neck and how they were used to channel electricity from lightning to jumpstart his organs.

But what scientists today are contemplating is similar but infinitely finer. Let’s face it Dr. Frankenstein was a hack, and today’s scientists are anything but. Researchers are now designing and fabricating electrodes for transcutaneious communication. That is for communication through the skin. And while we could see Frankenstein’s implanted electrodes, implantable neural devices will be subminiature, possibly on the nanoscale.

Today scientists and engineers are contemplating using cellular level silicon to connect with neurons to improve or restore sight or to decrease inflammation, for example. But in order to do this suitable hardware must be developed that is biocompatible and communicates using “neural computation”, that is, speaking in the language of cells and neurons.

DARPA is funding the creation of implantable neural interface technology that would  allow data-transfer bandwidth between the human brain and digital  repositories at a high level of resolution and accuracy. For an abstract of what DARPA is looking for take a look at America’s Seed Fund posting.

The current state of the art in this area is the Utah Electrode Array (UEA) described as follows:

The Utah electrode array (UEA) is a representative example of silicon-based neural interfaces. They are typically encapsulated with the USP Class VI biocompatible material, Parylene-C, on the inactive areas to insulate and encapsulate the electrodes and minimize damage to the neural tissue. In order to record or stimulate neural signals, the active electrode sites must be deinsulated. Tip deinsulation of Parylene-coated UEAs is typically performed by a reactive ion etching (RIE) process using an O2 plasma, and an aluminum foil mask. This technique has limitations due to nonuniform tip exposure lengths contributing to large impedance variations (o > 0.5 MQ), and difficulty in controlling the magnitude of tip exposure, especially for tip exposures less than 40 ^m, which are needed to increase its selectivity in recording or stimulating single or multiple neurons. Moreover, foil masks cannot be used for more complex electrode geometries, such as variable height electrodes.

Clearly, Dr. Frankenstein would be very excited about the idea of neural implants! But things could get out of hand and that’s where the Center for Neural Interfaces at the University of Utah comes in. Established in 1995 its mission includes:

• Evaluating the safety and efficacy of these interfaces in animal experimentations

• Applying these devices to problems of the human nervous system

• Developing new therapeutic approaches to disorders of the nervous system

• Training students in the use of these devices for further applications in either academic or commercial environments.

Explorers Reach the Deepest Point in Earth over 35000 ft Down
Can’t Concentrate? Wear a Brain-Zapping Halo.
Secret Behind How Egyptians Moved 2.5 Ton Pyramid Stones Without Machinery