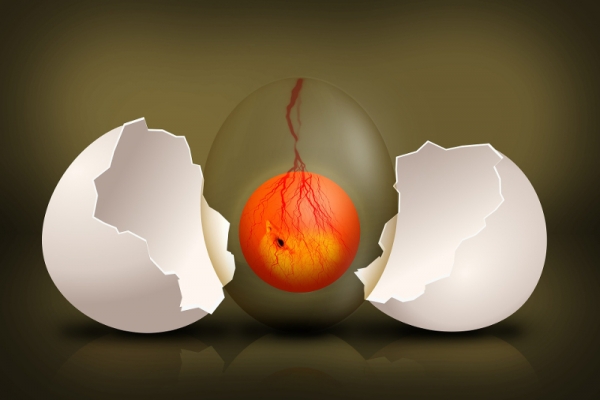 Did you know that around 66 million years ago, a huge asteroid collided with Earth, and due to its impact, most of the dinosaurs went extinct? Some of the smaller ones survived and they went on to become today’s birds.

To find out the how this evolution occurred, a group of researchers from Universidad de Chile have grown “dinosaur legs” in chicken embryos.

Dinosaurs used to have a tube-shaped fibula that stretched down to the ankle, that due to evolution, transformed to become the short, splinter-like fibula of birds today.

In this new study, researchers inhibited the expression of a gene called IHH or Indian Hedgehog. This resulted in making the chicken’s fibula grow as long as its tibia.

As this research is aimed only to find out the biological processes which led to the evolution from dinosaur legs to modern bird legs, these dinosaur-like chickens weren’t allowed to hatch.

Alexander Vargas, one of the researchers, said, “The experiments are focused on single traits to test specific hypotheses. Not only do we know a great deal about bird development, but also about the dinosaur-bird transition, which is well-documented by the fossil record. This leads naturally to hypotheses on the evolution of development that can be explored in the lab.”