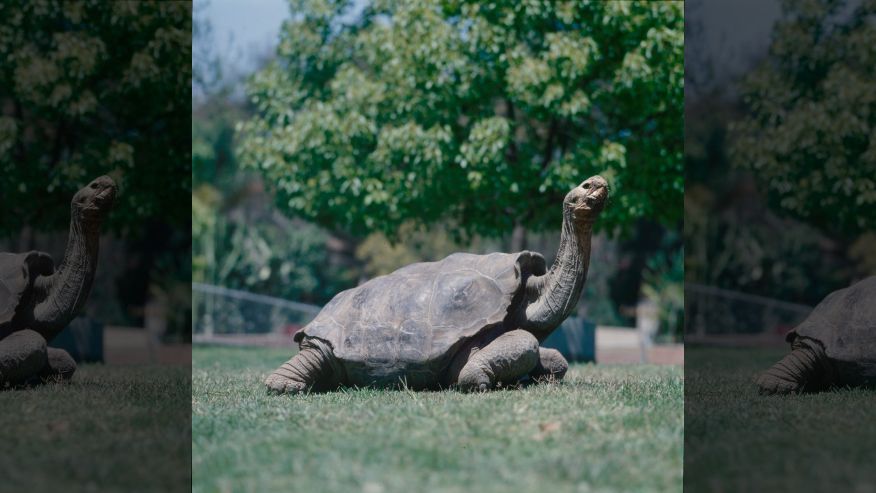 Have you heard of Diego, a Galapagos giant tortoise (Chelonoidis hoodensis)? This sex-crazed tortoise has single-handedly saved his species from extinction by fathering more than 800 offspring.

Around 50 years ago, there were only two males and 12 females of Diego’s species alive on the island of Espanola in the Galapagos Islands, off the coast of South America.

To save his species from extinction, Diego was brought back to the Galapagos in 1976 and put in the captive breeding program. Over 100 years old, Diego now lives at a tortoise breeding center on Santa Cruz Island in the Galapagos, where he shares an enclosure with six females.

Washington Tapia, a tortoise preservation specialist at Galapagos National Park said, “We did a genetic study and we discovered that he was the father of nearly 40 percent of the offspring released into the wild on Espanola.”

He added, “I wouldn’t say (the species) is in perfect health, because historical records show there probably used to be more than 5,000 tortoises on the island. But it’s a population that’s in pretty good shape – and growing, which is the most important.”