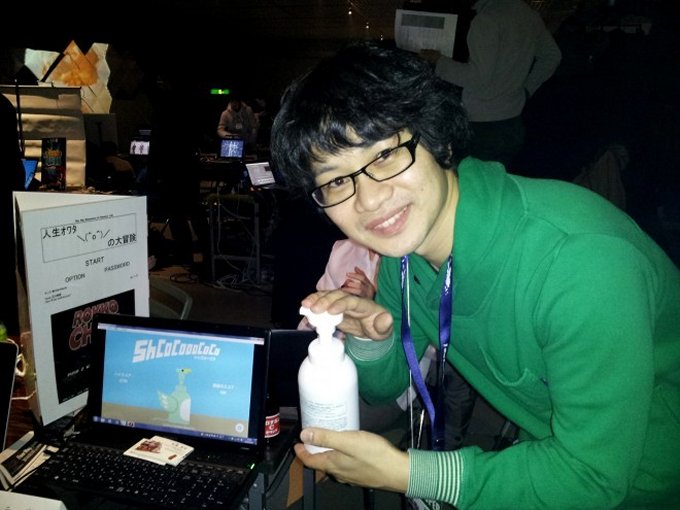 Japanese game designer Takahiro Miyazawa has designed a game entirely around an everyday object that’s not usually found in the gaming world: a lotion bottle.  His game,  ShCoCoooCoCo, utilizes an empty lotion bottle as its controller…

Yes, you read that correctly.

Instead of building the traditional mouse and keyboard computer game, Miyazawa set out to build a unique controller. The lotion bottle controls the character in the game, ascending and descending through tilts of the bottle and firing liquid on the game when the lotion top is pushed down.

The uniqueness of the game is certainly interesting but the cost of distribution is the main issue at the moment. If Miyazawa can find a company willing to mass produce lotion bottle controllers, we might have a new gaming trend on our hands!