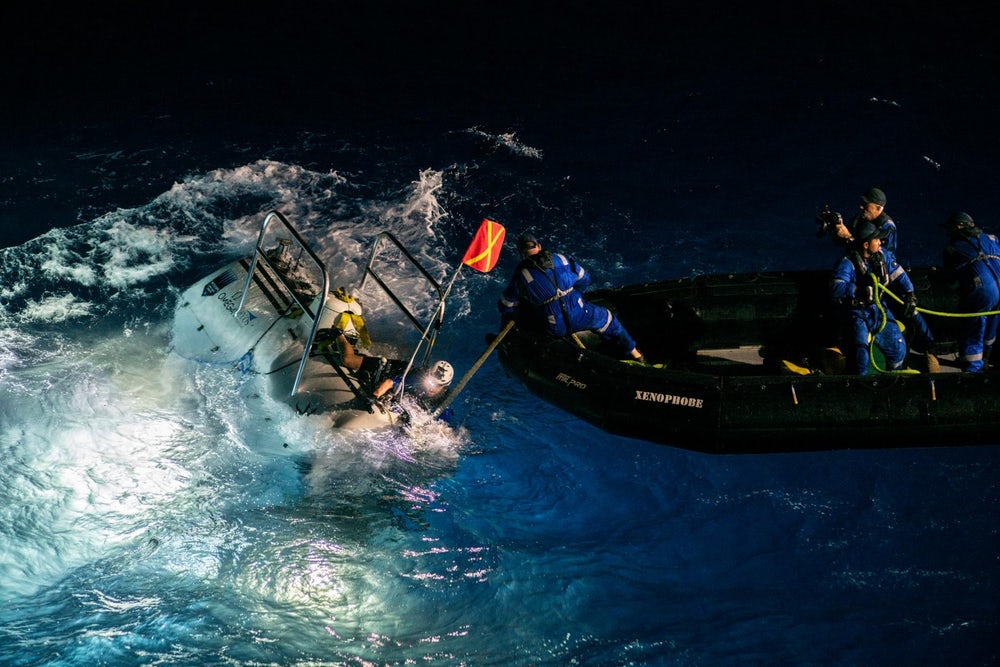 An American diver broke the record for deepest submarine dive ever after diving nearly seven miles down into the Mariana Trench.

But what he found at the bottom of the Pacific was really disheartening – a plastic bag and sweet wrappers.

The indiscriminate use of plastic is taking a toll on the planet; even our oceans are not safe from the onslaught of plastic.

Though finding a plastic bag down there should not be that surprising since millions of tons of plastic is dumped into the oceans each year. Some plastic washes up on the beaches but some sink to the sea floor.

The diver and the descent

Victor Lance Vescovo, a private equity investor, retired naval officer, and an undersea explorer traveled down to the deepest part of the ocean, Mariana Trench in the Pacific. The descent reached 10,927m (35,849ft) beneath the waves, making Victor Vescovo the record holder. He spent four hours exploring the bottom of the trench.

The 4.6m-long, 3.7m-high submersible – called the DSV Limiting Factor has been built by the US-based company Triton Submarines. Its core is a 9cm-thick titanium pressure hull that can fit two people. It can withstand the crushing pressure of 1,000 bars found at the bottom of the ocean which is the equivalent of 50 jumbo jets piled on top of a person.