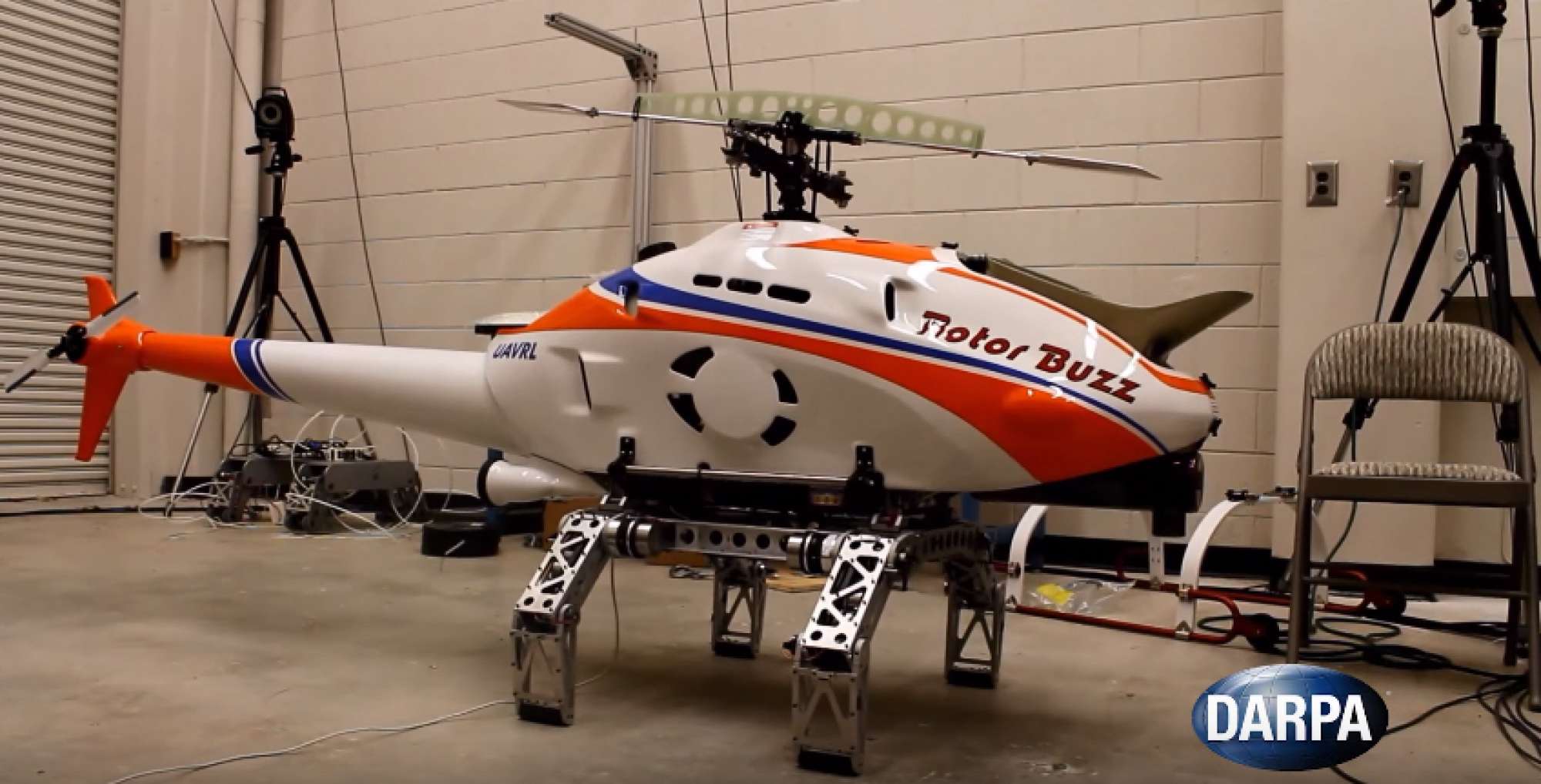 DARPA is looking to change conventional thinking on how helicopter drones should land, specifically when it comes to their MAR Lander, an aircraft that features flexible legs.

Why the flexible legs?

Simple. The legs allow the chopper to land in all types of weather, even on choppy water because the legs can adjust to the way the drone needs to be positioned.

Gone are drones with a rigid landing gear and in with DARPA’s Mission Adaptive Rotor program.

As part of its effort to provide such a breakthrough capability, DARPA has conducted an experimental demonstration of a novel robotic landing gear system. The adaptive system replaces standard landing gear with four articulated, jointed legs that are able to fold up next to the helicopter’s fuselage while in flight and are equipped with force-sensitive contact sensors in their feet. During landing, each leg extends and uses its sensors to determine in real time the appropriate angle to assume to ensure that the helicopter stays level and minimize any risk of the rotor touching the landing area.

While the flexible legs no doubt allow for a more durable MAR Lander, it is estimated the idea can help the helicopter land on grades of up to 20 degrees.