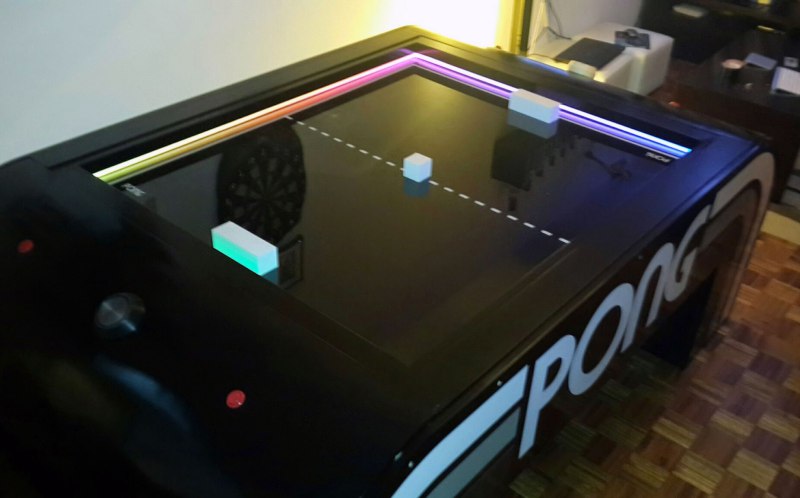 Pong is arguably the most recognizable game in the world.

Its simple premise is not only addicting, but it is the basis for a ton of spin-off games ever since it was first introduced back in 1972.

There are countless Pong copycat apps kids are still downloading and playing on their smartphones today, so needless to say, the game has aged extremely well.

Now, Daniel Perdomo has brought the legendary game to life as part of his Table Pong Project, which is essentially a playable Pong machine akin to an air hockey table.

Everything about Perdomo’s Pong machine is well, mechanical, equipped with a wide array of belts, circuits, and pulleys, making for what looks like a pretty fun game.

In the video below, the game seems to flow smoothly, and you will see that the sliders are rectangular blocks, controlled by a knob you can twist back and forth.

The pong ball itself looks like a smaller version of the sliders, simply a little white square block.

With this being 2016, the pong machine does have some neat bells and whistles such as bright LED lights on the gaming surface, in addition to a brightly lit scoreboard.

At the moment, Perdomo has only built one pong machine, but if his creation develops enough interest, I’d assume he would look into how to mass produce the machines.

The Lightest Electric Vehicle Ever Made