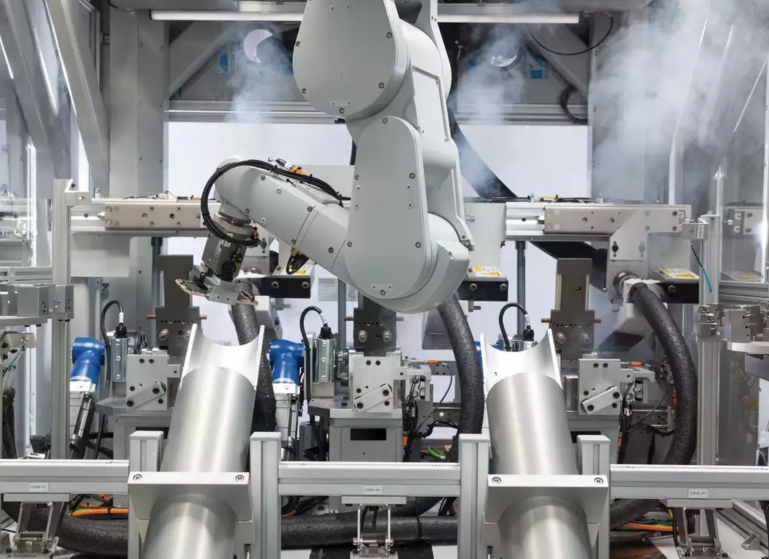 Daisy is the company’s latest recycling robot and is actually made from a few of Liam’s old parts, paying a bit of homage to Liam while still being its successor.

Capable of taking apart nine different versions of the iPhone as well as disassembling up to 200 iPhones an hour, Daisy is the ultimate iPhone-recycling robot.

Of course, through its deconstruction of these phones, Daisy is also recovering as many valuable materials inside the devices as possible.

On the heels of Apple announcing it now runs on 100 percent renewable energy sources, Apple CEO Tim Cook said in a statement, “We’re going to keep pushing the boundaries of what is possible with the materials in our products, the way we recycle them, our facilities and our work with suppliers to establish new creative and forward-looking sources of renewable energy because we know the future depends on it.”

Japan Developing Wooden Satellites to Cut Down on Space Trash