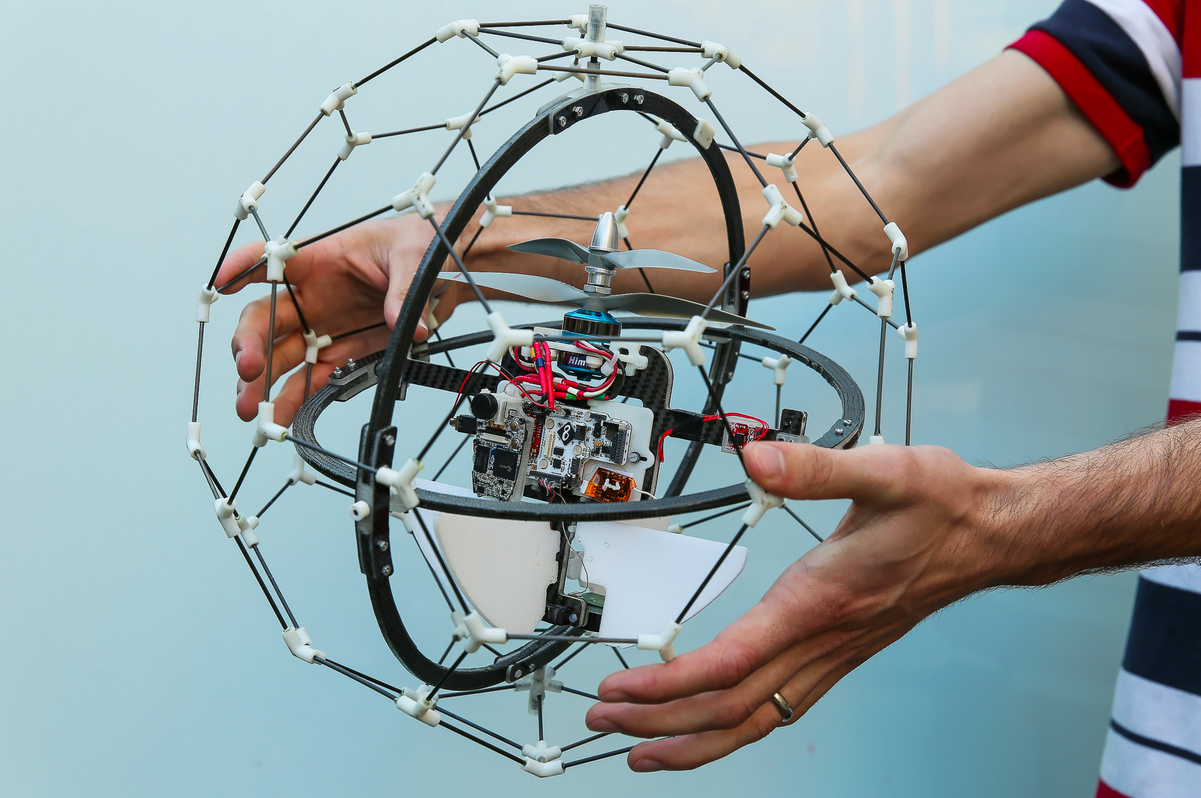 Robots are loaded with a complex network of sensors that help them analyze their surroundings and avoid any obstacles like walls or debris. But these sensors are fragile; one crash can break robot’s sensors and end its mission. Also, they can’t operate in areas covered with smoke, dust or heavy pollution.

Gimball bounces off other obstacles

Gimball is virtually indestructible. It doesn’t try to avoid obstacles; it bumps into and bounces off the obstacles to continue its course. It doesn’t have fragile detection sensors. Weighing just 13 oz (370 gm) and length of 13 inches, Gimball is fitted only with a compass and an altitude sensor for navigation to take it around unpredictable environments.

The name Gimball is derived from Gimbal, a pivoted support that helps keep the objects upright

The Gimball prototype has been successfully tested in the forests above Lausanne, Switzerland. It performed brilliantly by maintaining its course while crashing into several tree trunks along the way.

Gimball originally made its debut last year, but engineers have a few plans for Gimball V2: to enable Gimball to efficiently drive on the ground or ride along an uneven surface.