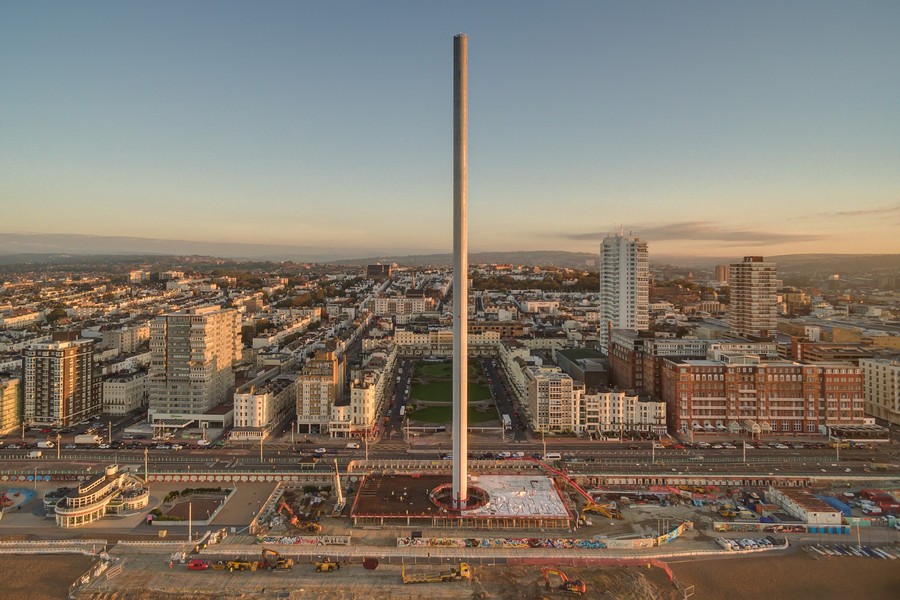 There is a brand new sea-front observation tower being constructed in Brighton, UK, called the i360 tower.

However, the i360 tower isn’t just any run-of-the-mill building, it’s set to become the world’s most slender tower according to Guinness World Records.

When it’s all said and done, the world’s most slender tower will be less than 13 feet in diameter but stretch 531 feet into the sky.

For the non-math majors, that comes out to a height-to-width aspect ratio of 41.15-to-one! John Roberts, chief engineer on the project, told the BBC, “The tower is all about one thing – making it stand up safely in extremely strong winds.”

As a result, the world’s most slender tower is designed to withstand winds of over 100mph, not to mention the fact that it will feature a 94-ton pod cable on the outside capable of transporting upwards of 200 people up and down on a regular basis.

The i360 tower is slated to open later this year.