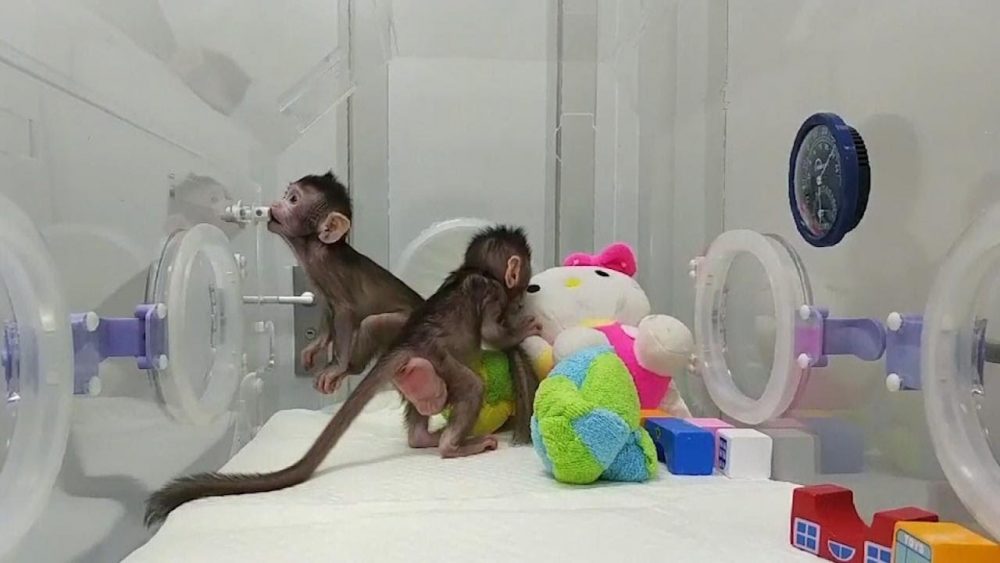 Scientists have broken the technical barrier in human cloning by creating the world’s first cloned monkeys with the technique used to clone Dolly the sheep.

After the cloning of Dolly in 1996, scientists cloned several other mammals, such as dogs, cats, and pigs. However, the technique used in these experiments didn’t work so well for primates (the group of mammals that includes humans, monkeys, and apes).

The research was led by Chinese Academy of Sciences postdoctoral fellow Zhen Liu. The effort resulted in the recent birth of two cloned female macaques, Zhong Zhong and Hua Hua, who are completely identical genetically.

Qiang Sun, the director of the Suzhou Nonhuman Primate Research Facility and leader of the study, said, “Just like nuclear power and artificial intelligence, cloning technology is also a double-edged sword. This will generate real models not just for genetically based brain diseases, but also cancer, immune or metabolic disorders, and allow us to test the efficacy of the drugs for these conditions before clinical use.”

Researchers are hopeful that this research will not only be helpful in preserving endangered primates but will also result in reducing the number of monkeys used in labs.