Global warming is leading to the formation and spread of “green snow” and it is even visible from space. This green snow is due to blooms of microscopic snow algae.

There is hardly any plant life on Antarctica, but algae that grow on slushy snow are found here.

Researchers from University of Cambridge said, “They grow in ‘warmer’ areas, where average temperatures are just above zero degrees Celsius during the austral summer — the Southern Hemisphere’s summer months of November to February,”

Researchers used satellite imagery along with on-the-ground observations to create a map of current status and predict future growth of green algae. They identified 1,679 separate green algae blooms on snow covered over an area of 1.9 sq km.

Matt Davey of the University of Cambridge said, “The algal blooms in Antarctica are equivalent to about the amount of carbon that’s being omitted by 875,000 average UK petrol car journeys,” “That seems a lot but in terms of the global carbon budget, it’s insignificant.” 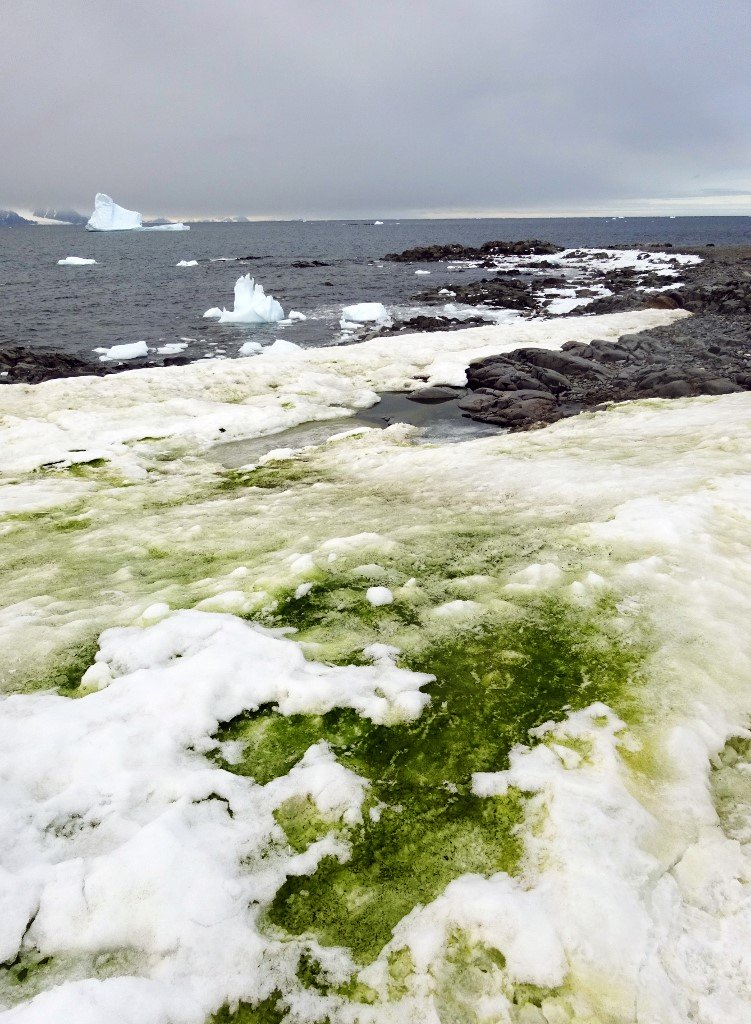 Researchers also discovered that most of algae blooms were within three miles of a penguin colony. This is probably due to Penguin feces which are an excellent fertilizer.

Andrew Gray, lead author of the paper, said, “As Antarctica warms, we predict the overall mass of snow algae will increase, as the spread to higher ground will significantly outweigh the loss of small island patches of algae,”

Record-Breaking Banshee Roller Coaster Screams Up 4,124 Feet of Track with a Zero-G Roll
Construction of Gehry’s Guggenheim Abu Dhabi Yet To Start