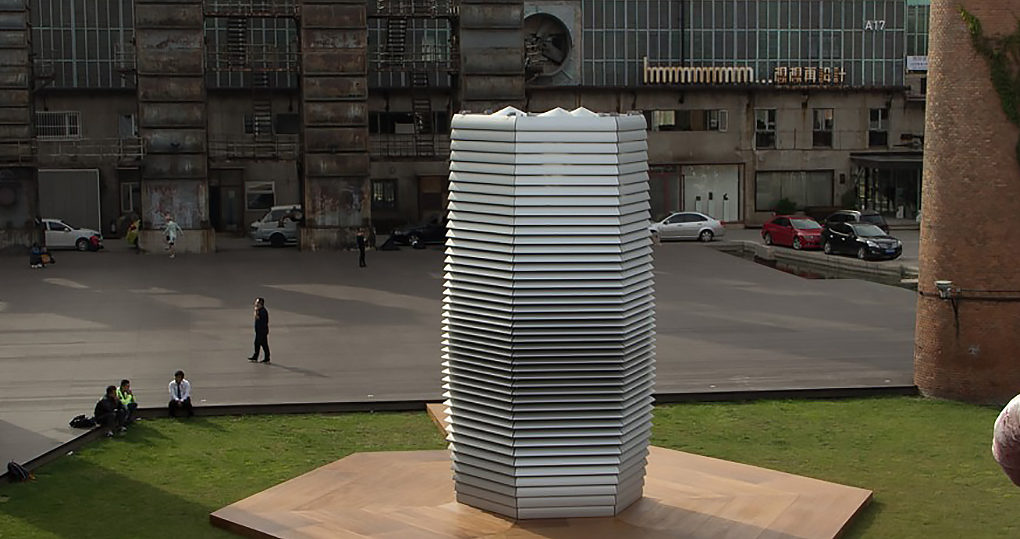 In spite of being world’s most populous country, China recently became the second largest economy.

However, this development has imposed huge environmental impacts. The Chinese government is aware of it and is working hard to address the problem.

To reduce pollution in Beijing which is one of the world’s most polluted cities, the world’s largest smog-sucking vacuum tower was installed. China’s Ministry of Environmental Protection recently reported that the tower is actually working and cleaning the air. As per reports, the air around the tower is in fact 55% cleaner than it was before.

Studio Roosegaarde (the creator of the concept) reported that during a period of 41 days, this tower has cleaned a volume of 30 million cubic meters of Beijing’s air which is equal to the volume of 10 Beijing National Stadiums. It has captured billions of PM2.5 fine particles out of the polluted air.