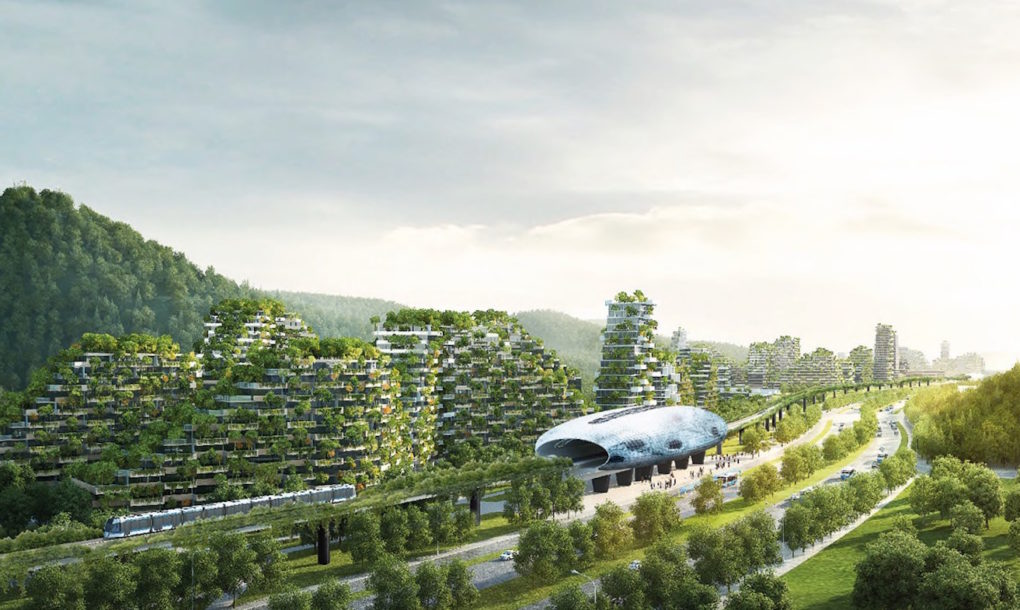 Most of us who live in big cities are aware of the problems associated with big cities like polluted air, the gritty tap water, noise pollution, and so on. But we are not able to escape from all this for one reason or another.

Now just think of the cities that are full of greenery with lots of plants and trees, just like a forest.

Although it seems impossible, it’s true that China is building the world’s first ‘Forest City’ in Liuzhou, Guangxi Province. Designed by Stefano Boeri Architetti, this futuristic city will be blanketed in almost 1 million plants and 40,000 trees. This green cover will be capable of absorbing almost 10,000 tons of carbon dioxide and 57 tons of pollutants and produce approximately 900 tons of oxygen annually. Liuzhou Forest City will not only have trees but will also be powered by renewable energy sources. All these things will help in improving the quality of air, reducing noise pollution, generating habitats, and improving local biodiversity in the region.

This Forest City will host about 30,000 people and will include commercial zones, residential areas, recreational spaces, a hospital, and two schools.

This high profile project is expected to be completed by 2020. If successful, this project will set an example for green city design elsewhere in the country and around the world. Why the Internet of Things Means a Boom For Engineering Jobs
See the Slow Motion Result of Pumping Too Much Air Into a Basketball
$24,000 Transform Robot goes from car to humanoid