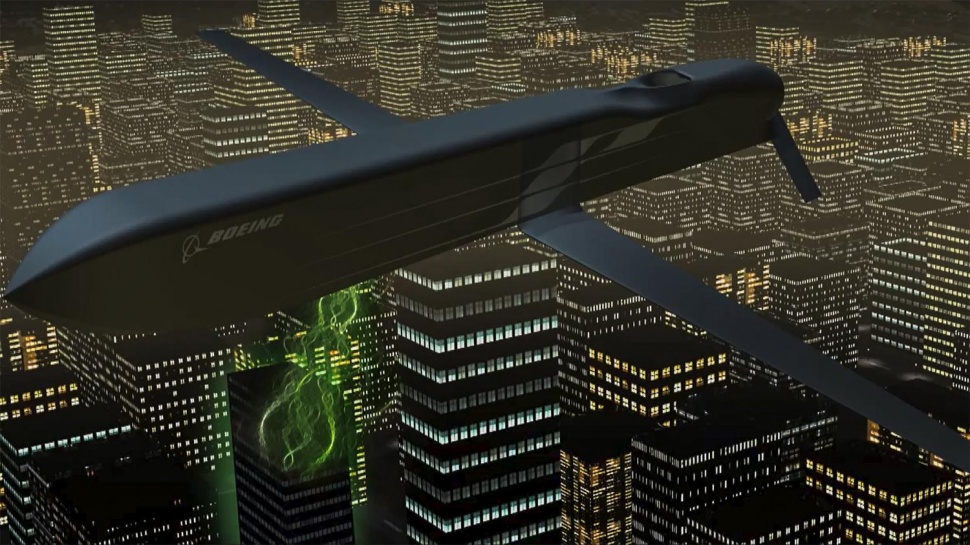 The CHAMP (Counter-Electronics High-Powered Microwave Advanced Missile Project) from the US Air Force is a pretty terrifying device, despite the fact it can’t actually harm humans.

Why is it so scary you ask?

Well, CHAMP is capable of obliterating computers by emitting a strong blast of targeted microwave energy capable of taking down enemy data centers and infrastructure without blowing anyone up.

That’s right! The Champ can literally single out individual buildings and boom, wipe everything out from electronic systems in the general area.

CHAMP will destroy or permanently damage electronics, differentiating itself from jammers, and making it an extremely dangerous technology in the wrong hands.

Back in 2012, Boeing successfully tested the electromagnetic pulse weapon by using a AGM-86 Conventional Air-Launched Cruise Missile to cut the power from every electric device in a two-story building.

Look for drones or Lockheed Martin’s Air-to-Surface Standoff Missile (JASSM-ER) to carry the CHAMP weapons in the future.