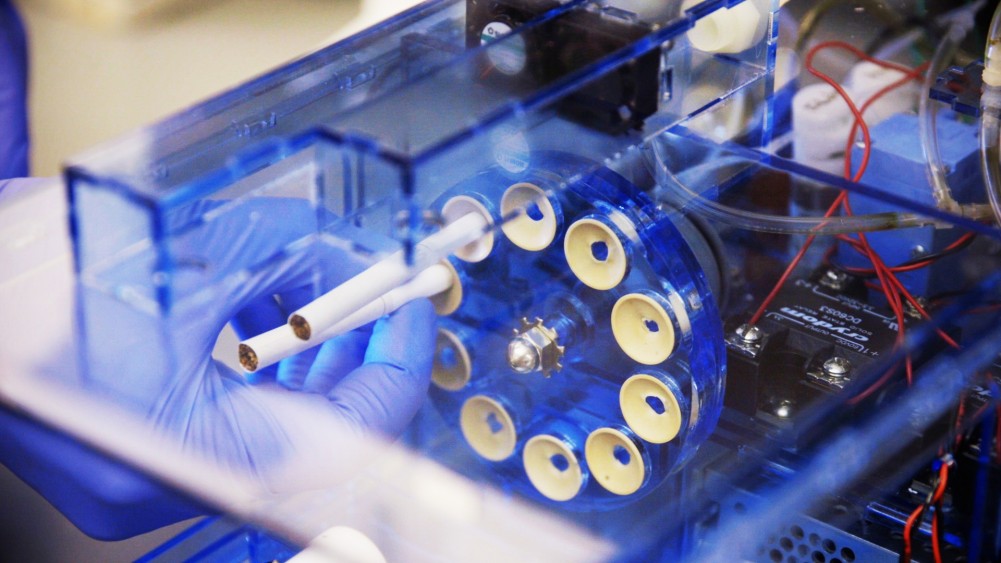 IndustryTap has reported on the Hard Rockin’ Robot with 78 Fingers and the Robot Master Chef, two new robots that have the potential to vastly improve human lives. But we haven’t yet seen a chain-smoking robot that puts rats on the sidelines and attempts to solve age-old health problems related to smoking and lung diseases including emphysema and cancer.

Now researchers at the Wyss Institute at Harvard University are using a robotic machine programmed to chain smoke cigarettes at different intensities. The new robot has made a list of the 20 weirdest inventions ever.

The cigarettes are arranged in a Gatling gun arrangement, 12 cigarettes in a circle. Cells from the lungs of chronic smokers, COPD patients, and healthy people are used to measure inflammatory responses of cilia to cigarette smoke. The research study also uses computer chips to mimic human lungs and a response to exposure to smoke.

The following video shows the robot chain smoker that has replaced rats in laboratories.