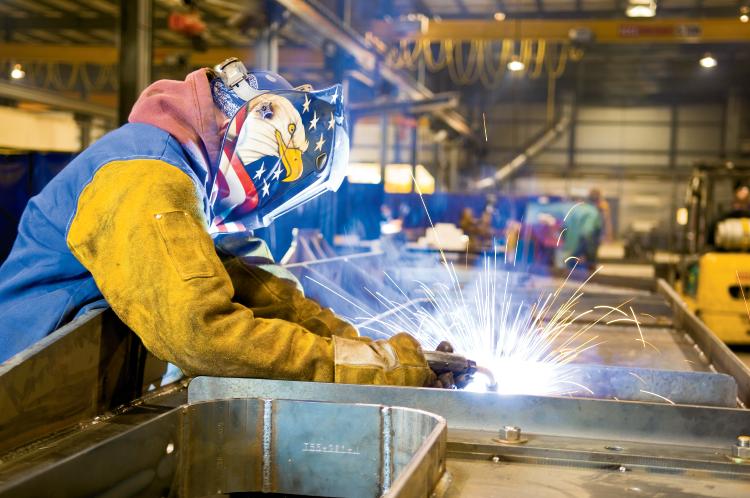 The primary reasons for this are low fuel costs and rising wages in countries competing with the United States. In addition, the trend toward minimized inventory to keep costs low and the demand for customized and tailored products for both B2B and B2C customers is making local manufacturing more competitive vis-à-vis overseas producers. The use of 3-D printing, for example, is ramping up everywhere and is allowing local manufacturers to compete on a level global playing field.

According to a recent congressional report, “Manufacturing Jobs for the Future” from the US Joint Economic Committee, engineers who become employed in manufacturing industries will earn an average wage that is 17% higher than people working in other industries. This may not sound like a lot, but the US National Association of Manufacturers (NAM) estimates that the average manufacturing worker’s full employment package including salary and benefits was $77,506 a year in 2013.

In an age when benefits are difficult to obtain, the expense of hiring and training technical workers motivates companies to provide the best medical and retirement benefits available to lure workers from jobs in other sectors, such as the services industry.

In a report from Deloitte and “The Manufacturing Institute,” between now and 2022, 500,000 new manufacturing jobs will be available in the United States.

The two organizations most focused on supplying the best technical workers to US companies are the Nationwide Network for Manufacturing Innovation (NNMI) and the National Institute of Standards and Technology (NIST). There are also a number of organizations focused on policy with respect to technology and engineering, such as the National Engineering Forum (NEF), on which IndustryTap reported last year.

Current issues that have yet to be resolved and could positively or negatively affect the future of US manufacturing include the tax code, relatively higher taxes, and the supply of skilled technical workers. Perhaps these and other factors underlie the continuing pessimism of some in the US about the long-term potential for manufacturing in the US.

Ultimately it will be up to policymakers, capital markets, and the education system to put together a credible and effective long-term plan such as those endorsed by the National Engineering Forum (NEF) to ensure that the US plays a leading role in technology development and manufacturing in the coming decades. In addition, for the US to compete, the current political deadlock over how to repair and improve the US infrastructure must be resolved.