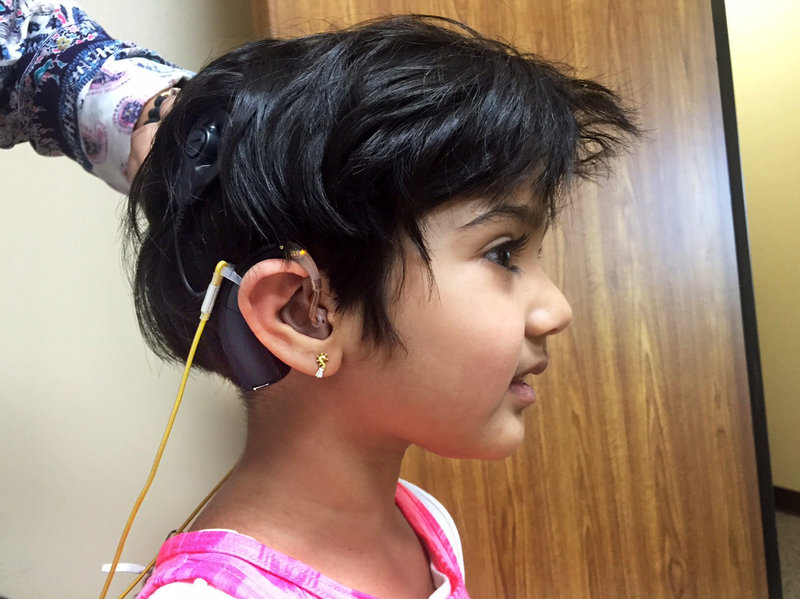 Dr. Daniel Lee of the Harvard Medical School Pediatric Ear, Hearing and Balance Center notes that “there have been fewer than 200 of these procedures carried out worldwide in children.” Up until 2013, this type of procedure was only approved for teenagers and adults in the US.

According to her speech therapist, Linda Daniel, Jiya’s progress has far exceeded initial expectations. Initially, it was thought that it may take a year or two for the procedure to bear fruit but within a month of the procedure she was beginning to process sound. “The physician was able to get all of the electrodes into her cochlea,” according to Daniel. Because Jiya’s auditory nerve is relatively healthy, the connection was relatively uncomplicated to complete.

The following image shows the setup being used by Jiya:

The following is a video of Jiya in therapy sessions with her therapist and her father.