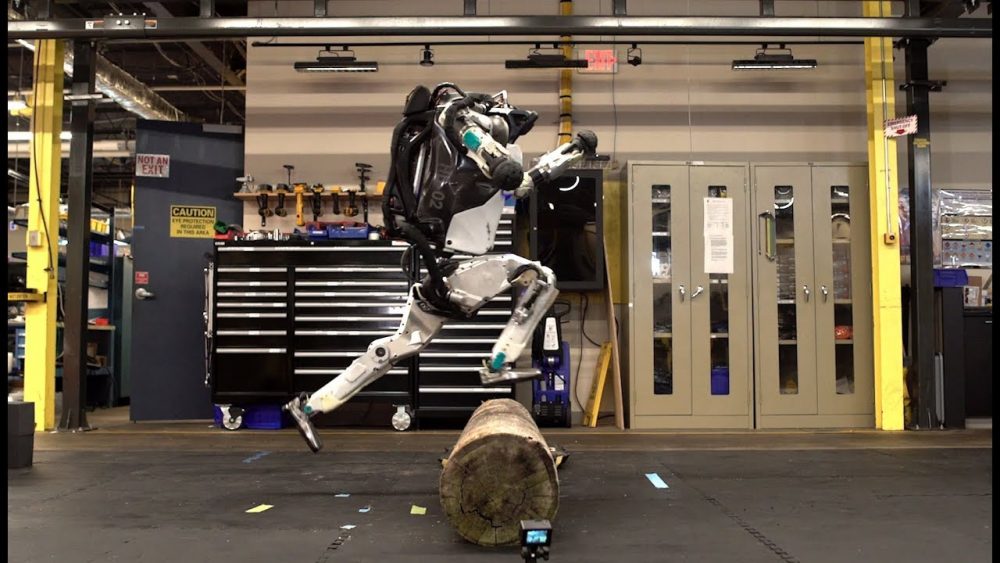 Boston Dynamics’ terrifying humanoid robot Atlas has acquired an impressive new skill. It can do ‘parkour’, the act of getting from point A to B in the fastest way possible. Parkour is a training discipline using movement developed by Special Forces soldiers.

Boston Dynamics’ battery-powered bot Atlas has moved beyond running, opening doors or performing back flips. It can now deftly leap from step to step whilst jumping over obstacles.

Boston Dynamics recently released exclusive footage of the Atlas robot.  That shows off its robot’s impressive new ability to do parkour.

Boston Dynamics is an American engineering and robotics design company Launched in 1992, as a spin-off from the Massachusetts Institute of Technology it develops robots for search and rescue missions, military and industrial use. Boston Dynamics is a wholly owned subsidiary of the Japanese conglomerate SoftBank Group.

Robot isn’t quite ready for the US military

Previously, US army has declined to use Boston Dynamics products because of concern over the size of the robots which they thought could give away their position.

But everyone is not impressed

Many social media users are finding the videos of these robots to be unsettling. One YouTube user even mentioned “Absolutely terrifying” under the video of the Atlas robot doing parkour.