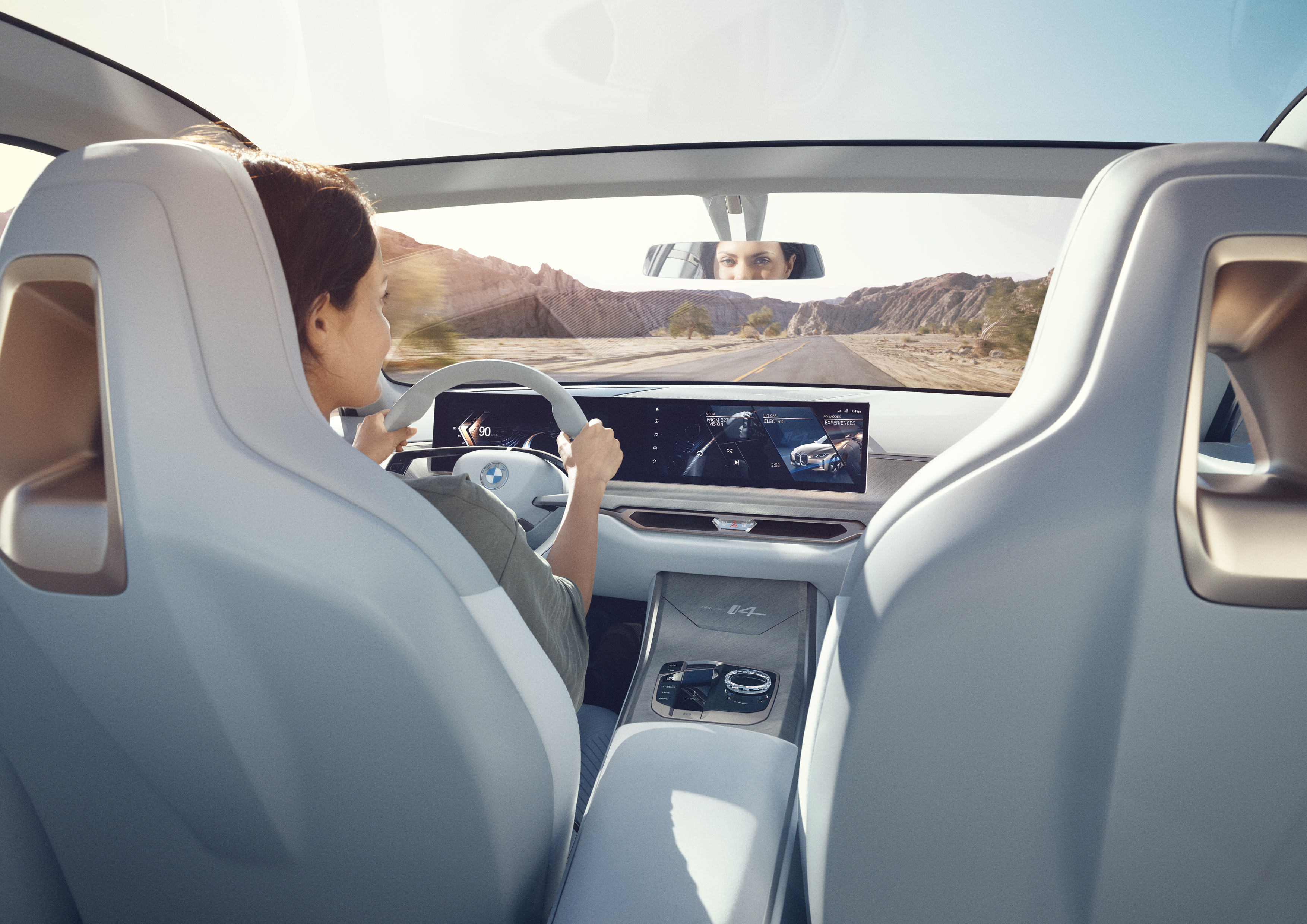 BMW isn’t a newcomer to the electric-car world. They were the first German automaker that started producing such vehicles in large numbers with the introduction of the i3 and i8. However, that happened over seven years ago, a timespan that most of its competitors used to launch arguably better models in almost every way, especially Tesla.

The Bavarian company finally has an answer to the battery-electric vehicle craze, and it’s called the i4. A stunning Gran Coupe with sleek lines, sporty appearance, and unmistakable BMW front grille, that is ready to take on the Tesla Model S. Unlike its competitors, the BMW i4 is all about driving pleasure and experience.

Not that it lacks in the performance department, mind you. The concept car that BMW introduced as a precursor to the real vehicle has an 80-kWh battery. According to BMW’s numbers, that’s enough to give the i4 a 373 miles range according to the WLTP cycle. Sure, this cycle is pretty conservative, but even then, the numbers are impressive.

The big battery will provide electricity to an electric motor with 530 horsepower. The unit should give the sleek Gran Coupe a 0-62 mph acceleration of only 4 seconds, and propel it over 120 mph. The charging capacity of the battery is 150-kWh – not the fastest around, but still suitable for 0-80% charging time of only 35 minutes, or six minutes for a range of 60 miles.

Inside, the BMW i4 seems to be even more impressive than what the numbers suggest. The design is minimalistic, with the only “busy” part being the two large displays curved toward the driver. The screens can show three experience modes. “Core” will show four widgets and UI design similar to the pattern above the air vents. “Sport” will arrange the widgets more tightly and show several driving data, such as lap timer.

Finally, the “Efficient” mode will show data from the driving sensors, which means that it is geared toward comfortable driving. BMW will also introduce its full suite of advanced assisted driving features, which should rival Tesla’s Autopilot.

The company will introduce the production version of the car next year. Before the i4, BMW will also add an iX3 electric SUV at the end of this year, and BMW iNEXT, an all-electric crossover, later next year.