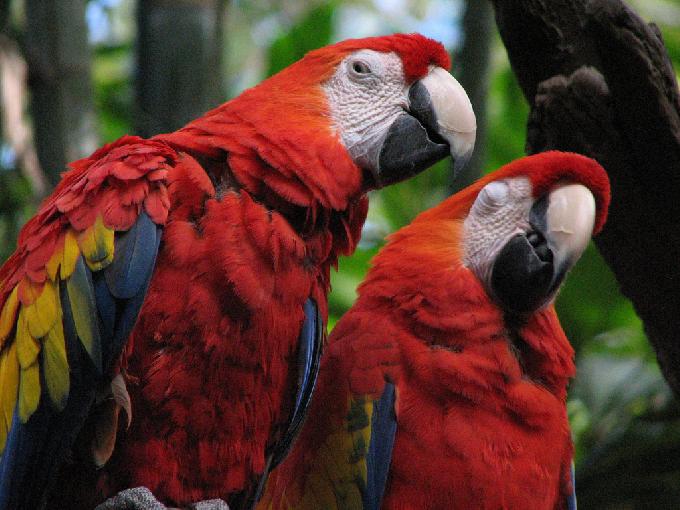 Has anyone ever called you a bird brain? Well, according to a new study on actual bird brains, that might not be such a big insult after all.

A team of neuroscientists from the University of Alberta studied samples from 98 specimens of bird brains, including those of parrots, chickens, ducks, owls, and seagulls. They wanted to find out if the parrots, considered to be the most intelligent of birds, have large pontine nuclei, a neural circuit.

But the team found that parrots didn’t have large pontine nuclei. In fact, this area of the brain was small in parrots, much the same as it is in other birds. Instead, neuroscientists found out that parrots had an enlarged medial spiriform nucleus (SpM), which is a unique brain circuitry similar to one found in primate brains.

Cristian Gutierrez-Ibanez, a postdoctoral fellow in the University of Alberta’s psychology department, explains: “The SpM is very large in parrots. It’s actually two to five times larger in parrots than in other birds, like chickens.”

“Independently, parrots have evolved an enlarged area that connects the cortex and the cerebellum, similar to primates. This is another fascinating example of convergence between parrots and primates. It starts with sophisticated behaviors, like tool use and self-awareness, and can also be seen in the brain. The more we look at the brains, the more similarities we see.”

The researchers now plan to study the SpM in parrots more closely to try to understand what types of information go there and why. They think that it might even help develop a better understanding of how human brains work.