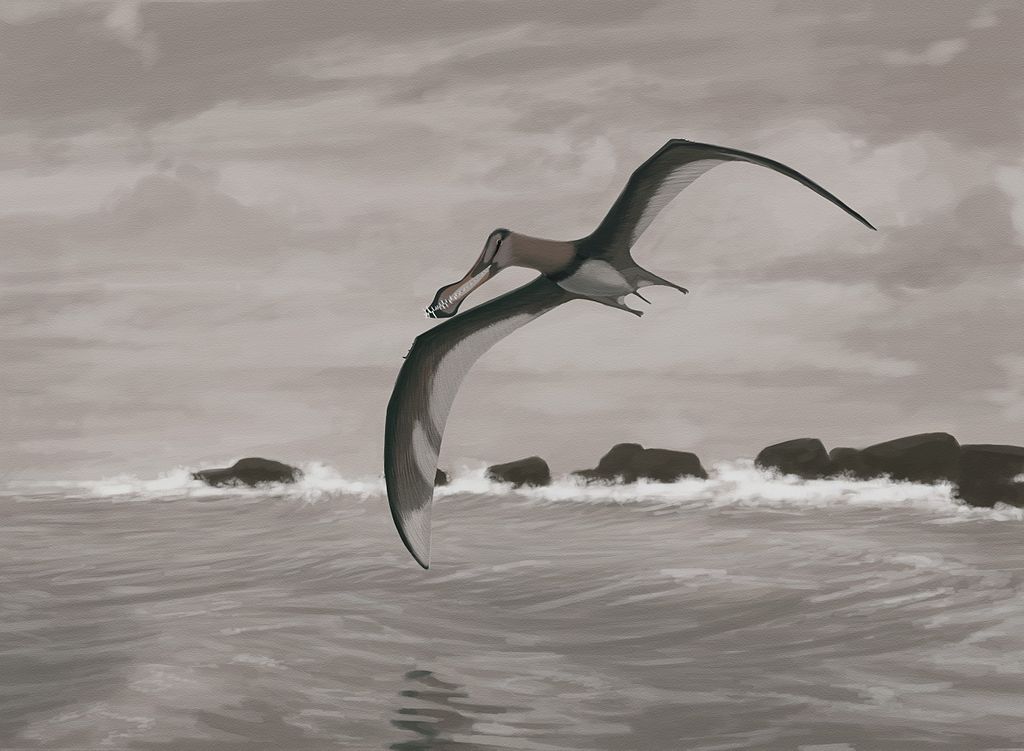 Modern biomechanics, aeronautics, and aerodynamics are complex topics. They are concerned with flight mechanics, space flight, flight paths, flight controls, path angles, flight performance, symmetric flight, flight vehicles and dynamics, flight data, orbital mechanics, level and hovering flight, flight conditions, flight simulation and more. These topics can be dull for some, but learning about them through studying how dinosaurs took to the air brightens the topic and stimulates the imagination.

Learning About Flight From Ancient Fliers

The Stanford National Geographic Pterosaur Replica Project (SNGP), a one-year project focusing on creating an airworthy replica of the Anhanguera Piscator, asked how the Pterosaur controlled flight and propulsion, what bones, muscles, membranes, and wing morphology made flight possible, and how much energy was expended for muscular actuation during flight. The excellent video below on the biomechanics of avian flight is a wondrous look at bird morphology and skeletal structure that allows our feathery friends to fly.

While studying the flying Pterosaur that lived millions of years ago might seem to be theoretical and speculative, today’s commercial airlines, flight mechanics, and engineers benefit from insights derived from biomimetic studies like SNGP.

The US Coast Guard, for example, is charged with law enforcement and search and rescue operations. Not only do flight mechanics need to understand how machines, machine shops, and mechanical systems work, they must have an intuitive and theoretical background in mechanics that can be broadened and deepened by projects like SNGP.

The following video explains the biomechanics of avian flight.