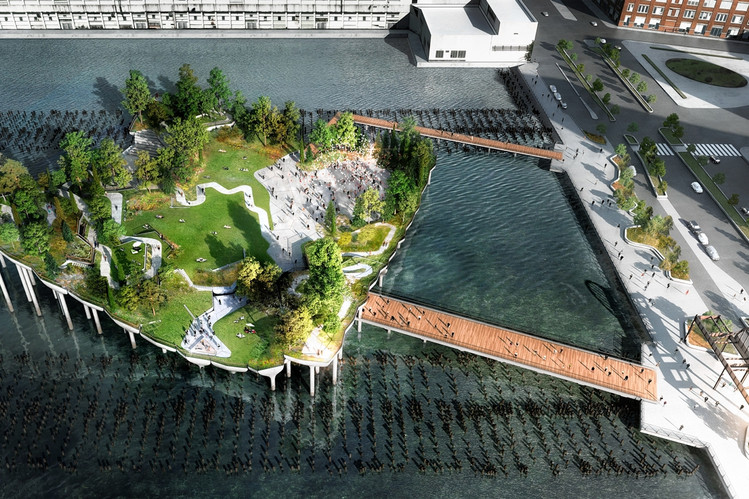 IAC Billionaire Barry Diller had big plans for Manhattan, actively raising money to build 2.4 acres of new land off the west side of Manhattan in order to create a park/performance space in the Hudson River.

The park will cost approximately $170 million, $130 million of which Diller plans to raise himself, with the rest of the money being generated by the city, state, and additional donors.

Diller’s plans require approval from both the Army Corp of Engineers and New York State’s Department of Environmental Conservation as the structure would be curved and held up by 300 concrete pylons ranging from 70 feet to 15 feet, meeting the recommended sea level rise for post-Sandy constructions.

The idea to design the floating park so that it can essentially imitate the rise and fall of natural land and give marine life the best chance possible to take shelter among the pylons, meaning sunlight can reach under the park’s platform.

There is no timetable on the park’s approval, but if given the go-ahead, construction could begin as early as 2016.